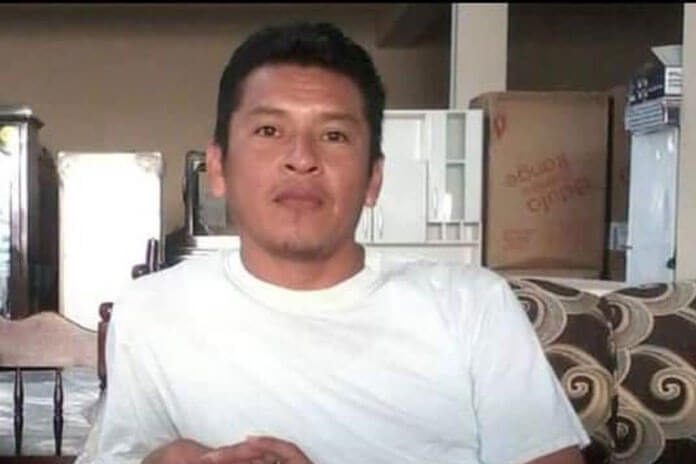 According to Diario De Quintana Roo, just before 6:00 Sunday morning, police in the city of Carrillo Puerto went to the Mayan Zone based on a 911 call from residents of the area, and on arriving in the center of the Vicario Colony, they found a person lying on the sidewalk on 66th Street, between the 75 and 77 blocks.

The man (Chayash) was seen bleeding from a cut wound in his neck and there was a knife embedded in his chest. Red Cross paramedics administered first aid, after which they took him to the Carrillo Puerto General Hospital, where he was admitted in a critical condition.

In an interview on CTV3 Orange Walk, Chayash’s sister, Melly Chayash, said that he had worked at the SP Supermarket in Orange Walk Town for about 10 years, but had quit on October 25, and on October 28 he travelled to Carrillo Puerto, where he was offered a job and began to work on Monday, November 4, in that Mexican city.

She said that she spoke to him on Monday, and again on Wednesday, and he was fine, and then on Sunday they got the terrible news that he had been stabbed and was believed to have died.

There were no other details, but through Facebook they got additional information that he was not dead, that he was being treated at the hospital, but the degree of his injuries were not known. They were able to talk to him later, although he couldn’t talk too much.

The family was also able to talk to the doctors who were treating him in the hospital, and they were told that the knife that was embedded in his chest, had been removed but had damaged his lungs, which was an area of concern to them, but they are addressing it. They were told that the wound on his neck had been taken care of.

The doctors told the family that Chayash is recovering, but because of his condition he couldn’t be discharged from the hospital.

Chayash’s family is now seeking financial assistance from the public to bring him back home. Persons who wish to help the family in their time of difficulty can contact them at 639-6209 or 651-5660.

Melly Chayash told us that the family will be conducting a barbeque sale on Saturday in an effort to raise money to pay for medication for Chayash, and to bring him home.