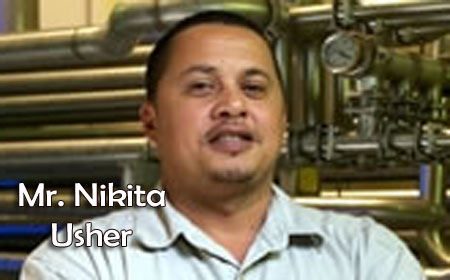 BELIZE CITY, Thurs. Sept. 8, 2016–The defeated motion for a Senate Select Committee inquiry into the recently unveiled Immigration audits, tabled by the Opposition People’s United Party at the last Sitting of the Senate, remains high on the agenda of the social partners even as the Barrow administration is promoting an alternative inquiry by a joint committee of parliamentarians from the House and the Senate.

There are concerns that such a joint committee would be skewed in favor of the ruling party, which some critics say would defeat the whole purpose of such an inquiry.

Today, executives of the Belize Chamber of Commerce and Industry (BCCI), which had told Prime Minister Dean Barrow in a meeting held last Thursday that they would support the joint committee mechanism under certain specified conditions, met for the first time at a formal sit-down today with executives of the Belize Business Bureau, to discuss the matter of the inquiry.

News 5 reported tonight that the Chamber has reversed its course on supporting the joint committee, as indications are that the proposal for the Senate inquiry aligns with Constitutional stipulations for such an inquiry.

Amandala is reliably informed that the private sector reps met today with their legal advisors to discuss their options.

Mr. Nikita Usher, BCCI president, who we were advised is the only person authorized to speak on behalf of the Chamber on the matter, indicated to us that there is no change in the official position of the Chamber.

Last week, Prime Minister Barrow announced that the Chamber was in support of the proposal for a joint select committee, in contrast to the Public Accounts Committee (PAC), which has been dysfunctional for years. PAC is an Opposition-chaired organ of the House which has the jurisdiction to probe reports from the Office of the Auditor General such as the Immigration audits.

After Barrow’s announcement, the Chamber issued a statement saying that it, “…agreed that such a [joint] committee would be preferred at this point, since changes needed to be made to the House and/or Senate Standing Orders to reconstitute the Public Accounts Committee, but with the agreement from the Prime Minister that the PAC would also be reconstituted in line with the BCCI’s recommendations, including the requested Minority Report.”

Usher advised today us that there is no change to the BCCI’s formal position.

He informed us that, “…our original position remains unchanged until the need to consider otherwise presents itself. Rest assured if and when such becomes necessary, the media will be well informed.”

Commenting on the report aired by News 5, Usher said, he is not sure where that came from.

Vice president of the Chamber, Marcelo Blake, told us, likewise, that the Chamber’s position still remains, until they state otherwise.

The matter of the Senate inquiry was also on the agenda of teachers who met across the country today to discuss possible industrial action in the face of mounting national concerns, as well as the Government’s call for teachers and public officers to defer the final tier of their salary adjustment until the next financial year.