Chickie Blue’s brush with a Chinese businessman and his cleaver 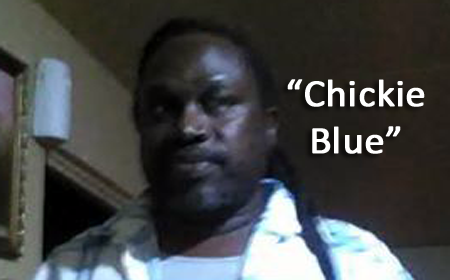 LADYVILLE, Belize District, Mon. Jan. 9, 2017–A Port of Belize foreman who had been attending a peaceful family gathering was chopped twice in the head by a Chinese businessman when he went to make a purchase.

Today, Monday, our newspaper spoke to Nicholas Jr., and his family, who were thankful that the incident was not fatal.

According to his family, Nicholas Jr., was at a family function in Ladyville when he left to make a purchase at the Green Jade restaurant sometime before 11 p.m. on Friday.

When Nicholas, Jr., arrived in front of the door of the restaurant, however, the establishment was about to be closed, and he allegedly was pushed in the chest by one of the restaurant’s proprietors.

His family told us that he pushed the man back, and the men thereafter got into a physical struggle.

Things quickly escalated when another senior Chinese man came out of the shop with a cleaver and struck Nicholas Jr., twice.

His family told our newspaper that four of his dreadlocks fell to the ground as a result of the blows.

He was then taken to the Belize Defence Force (BDF) medical facility, where soldiers told police officers that they were unable to classify his injuries.

Nicholas was then transported to the Karl Heusner Memorial Hospital (KHMH), where he completed a medical form which he later submitted to Ladyville police along with a statement of what occurred.

According to his family, he sat at the police station for almost two hours before they attended to him.

The irate family told us that police have still not arrested the Chinese businessman who assaulted him and are dragging their feet in this incident which resulted in Nicholas, Jr., receiving several stitches to his scalp, although the wound, we are told, is not serious.

According to Nicholas, Jr., police have still not updated him on what actions, if any, would be taken. In fact, they have not communicated with him at all, he told us.

When our newspaper contacted Police Press Officer Raphael Martinez, he said he spoke to the Officer Commanding Ladyville and they confirmed that the incident did in fact happen.

However, investigations remain ongoing, he said.