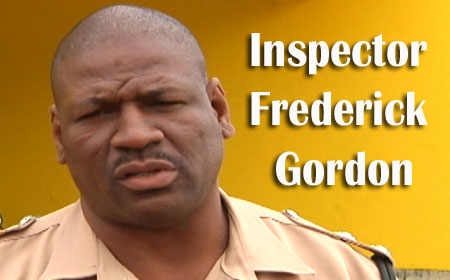 LADYVILLE, Belize District, Thurs. Mar. 19, 2015–Details concerning reports of the filming of a pornographic movie involving children that had allegedly been taking place at a house in Ladyville have been sketchy since the rumors surfaced earlier this month.

Although the exact nature of the reports have not been disclosed, we were informed that Ladyville police discovered that children were in the said house at the time that a pornographic movie was reportedly being made.

On Tuesday of this week, Officer Commanding Ladyville police, Inspector Frederick Gordon, spoke guardedly about the subject during an interview with the media, and indicated that investigators did a preliminary investigation, and that their findings have since been forwarded to the Department of Human Services for further investigation.

He said, “We in Ladyville had received information [about the case], and we had looked into the information, but we did not get anything substantive about the information, so we passed it on to the [Department of] Human Services for them to look into the matter.”

When prodded about the nature of the information that they received, Gordon replied, “Well, we were told that something had been going on in a certain house within the village and that it involved children, so we were looking more into that aspect of the investigation and [therefore] we decided to get [the Ministry of] Human Development into the picture.”

According to Gordon, the police investigation is still up in the air because statements have not been forthcoming from those who were supposedly involved. “And if you do not have the statement, then you cannot have a case”, he explained.

Our attempts to get comment on the issue from the CEO in the Ministry of Human Development have so far been unsuccessful.