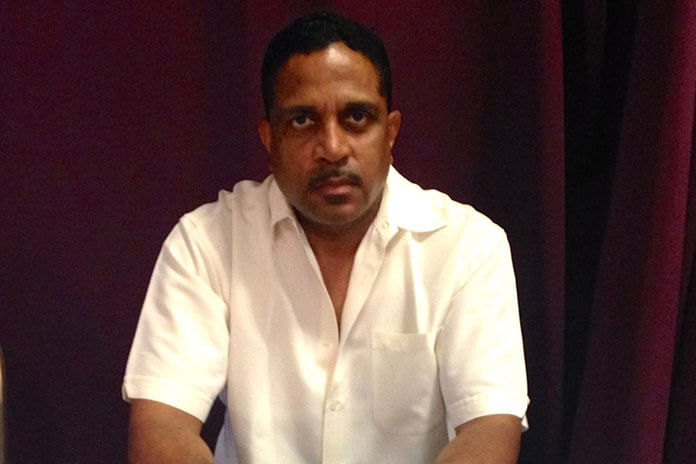 Wed, Apr. 29, 2020– The death toll from the unleashing of the Wuhan coronavirus is approaching three hundred thousand with over three million tested positives globally. These numbers are expected to continue to explode. Meanwhile, it’s impossible to verify since it’s widely suspected that many nations are underreporting cases, tracking, and testing.

The Wuhan coronavirus created a global impact that is unparalleled in modern world history. Its effect has been felt in some of the most remote places on the planet and in the heart of the largest metropolis in the world. Yet, incredibly China, where the Wuhan coronavirus was unleashed, remains largely free from criticism, responsibility, and accountability for this global catastrophic crisis.

Some global context is required here, both historical and contemporary. China, like many ancient cultures and civilizations, has had its share of invading and being invaded. They were once invaded and occupied by the mighty Mongols, and later the European “British” empire and, to some extent, the French. In the case of the British, long before the Colombians and Mexicans became the face of the bloody and violent global drug cartels, the British empire was the kingpin in state-sponsored drug cartel operations in launching the opium war upon China. Ever the master of crafting the ideology of white supremacy, the British remained there long enough to inculcate some of this toxic white supremacist poison into local Chinese culture and attitude. This would later manifest itself in China’s becoming the world-leading purchaser of skin-bleaching cream and products and internalizing Euro-centric colorism.

While there have been reports of Chinese racism against Black and African students and people in China, it never became as publicly exposed as it did in the midst of the outbreak of the Wuhan coronavirus. The horrific mistreatment of blacks and attempt to portray the face of the virus as black in China, enraged many. The owner of the Atlanta-based Black Star news and entertainment, Neil Nelson, and Uganda’s entertainer/politician Bebi Wine offered to airlift African and African Americans out of China.

But China was not always the victim. Most outsiders tend to believe that China is the big homogeneous society that is rich in culture. However, China is a society that over a span of time, invaded, expanded, occupied, and assimilated various tribes. Some of those tribes, like the Muslim Uyghur, are severely and violently persecuted and to this day exist in horrific apartheid conditions. In addition, China also invaded and colonized Korea, Mongolia, Vietnam, Tibet, Burma, and Dali. In many respects, these various occupations were brutal, exploitative, and debilitating to the natives.

With the coming to power of the Chinese Communist Party in 1949 led by Mao Zedong, China experienced a revolution, but while some things change, some old habits remain the same. To its credit, China took the ideas of Karl Marx and Lenin and fashioned a communist model with a Chinese personality. They never embraced Soviet-style militarism but began crafting a congenial approach to global engagement that would eventually prove effective in compromising many industrialized and developing countries in their response to the Wuhan coronavirus explosion.

The Chinese studied and learn vital lessons from the mistakes of the Soviet Union (U.S.S.R). As mentioned previously, China never embrace the arms race that hemorrhage the national economy of the Soviets. The Soviet Union was never an economic superpower but rather a nuclear power nation. They struggled with perennial food shortages and other vital necessities. More than 30% of their GDP was dedicated to the arms race and its space and nuclear program. It was unsustainable and had catastrophic consequences.

In December of 1991, the Union of Soviet Socialist Republics collapsed and with it, the baton for the continuation of East/West cold war confrontation was handed over to China. China had begun a gradual shifting of its state control economy and the opening of markets when President Richard Nixon visited the nation in 1972 and met with Chairman Mao Zedong.

Despite challenges to the Chinese Communist Party and Central Committee, their hold on power was demonstrated by the brutal and bloody massacre against students in Tiananmen Square in 1989. They are ruthless. The Chinese Communist central party key to success and longevity was based on its doctrine of “any means necessary.” The party is the buckle on the belt that holds a nation with a billion and a half people in check.

This absolute grip on power allows China to control the narrative of its atrocities upon its people that remains largely hidden from outside scrutiny. With a population of a billion and a half, the country can absorb mass atrocities that smaller countries could not hide. China is the mecca of a lucrative and booming human organ shadow market. The unethical harvesting of organs from young and healthy members of its population has gone under-reported and under-investigated.

While there was some gain in Mao’s Cultural Revolution, it is estimated that upward of 20 million Chinese died from hunger and starvation as a consequence of poor planning, unsophisticated agricultural mass projects, and brutality.

Additionally, the status of women in China remains traditional with few exceptions. For example, no female has ever held any of the top three political leadership positions in the country’s modern history.

China is now the world’s largest economy in terms of share purchasing power parity (PPP) and is currently bigger than the United States by 25%. As indicated previously, China took up where the old Soviet Union left off in a new kind of “Cold War”. The Chinese directed most of their Gross Domestic Product (GDP) inward for investment into manufacturing industries, high tech, massive infrastructure projects like a colossal hydro dam that when completed is projected to feed half the national energy supply. To accomplish these goals, the Chinese had to devise a march on Africa that at the root replicated the 1884 Berlin Conference where European countries carved up the African continent among themselves for exploitation and colonization. To this end, China identified the countries that were left battered and broken due to centuries of colonization and offered loans tied to national resources if they default. In essence, China cannot sustain its own growth and population explosion without the African raw material of platinum, bauxite, cobalt, industrial diamonds, phosphorite, and vermiculite to name a few.

China has signed loan and development project agreements in Africa and South America that require Chinese military and police presence in these countries to protect its investments. The project sites would have full autonomy from local jurisdictions, much like the United States’ control of the Panama Canal Zone in that Central American nation for over a century.

China is also in need of access to millions of acres of land for mini “Chinatown” settlements in what is called conducive habitats around the globe. Many of these Chinese habitats have sprung up in obscure tiny countries of the Caribbean and Central America.

The Chinese congenial re-engagements and investments have brought many tangible benefits to mainland China. Its acceptance into the World Trade Organization (WTO) and diplomatic insulation on the international stage for its horrific mistreatment of the ethnic Uyghur Chinese Muslim population, are but a couple examples. But none is more stunning than the milquetoast response to China’s reckless handling of the Wuhan coronavirus global crisis. Preliminary reports thus far reveal that while Chinese officials had shut down the ground zero city of Wuhan and forbid travel from that region to any other part of China, they continued to allow international flights to leave Wuhan province, thereby sending death flights all over the planet. To this date, China has accepted zero responsibility for what has occurred and no local official who manages their biotech labs in Wuhan has been held accountable. From a legal and diplomatic standpoint, China is probably never going to publicly admit to any wrongdoing, much like European countries refused to accept responsibility for their atrocities of colonization and slavery.

To admit wrongdoing in such a far-reaching crisis is to admit responsibility which leads to litigation and reparations. Indeed, some countries are studying the basis for demanding reparations from China for the damage done to their economies and the loss of human life.

At this point one must ask the question, can a country be this diabolical? The answer based on history is an emphatic yes! Was China’s intention to infect the entire world? Probably not. Were they working and experimenting in biological pathogens. Again, an emphatic yes! You might wonder why? As mentioned, China is engaged in a new Cold War with the United States and they are not following the failed strategy of the now-defunct Soviet Union. While there is speculation regarding the timing of this Wuhan coronavirus and its proximity to the largest trade deal in history between China and the U.S., and the fact that China had insisted on a written “out clause” in the case of a “pandemic” and would not be obligated to make those purchases that number in the tens of billions, makes it difficult to overlook.

Any student of the Cold War era between the Soviet Union and the United States knows that in October 1962 the world had come to the brink of nuclear annihilation. In this new era, it is reasonable to conclude that at this phase in the new Cold War, China is not confronting it’s nemesis the U.S. via militarism, but perhaps in a new and more potent war of economic ruin, sabotage and playing the long game of attrition.

Regardless of how this horrible crisis plays out, whether wittingly or unwittingly, millions of innocent people and families have experienced irreversible loss, death, hurt, pain and trauma. Nations and communities all over the planet have been decimated and life will never return to the normal of yesterday. Those who are responsible must be held accountable and must be brought to justice before the world.