Over 1,500 Facebook comments lament the death of the young, popular businessman 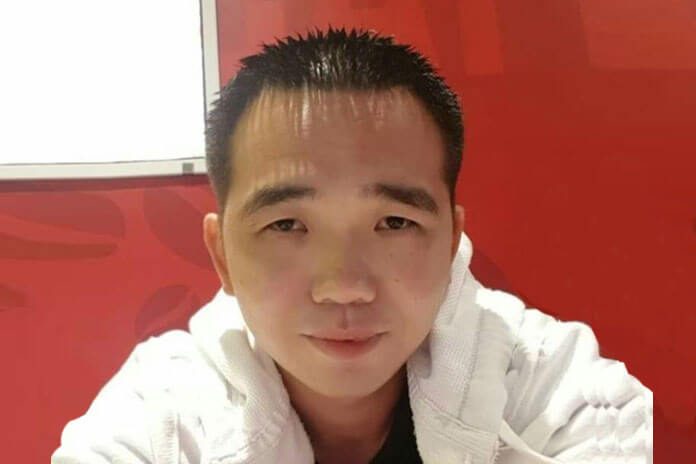 BELIZE CITY, Mon. Nov. 25, 2019– Last Saturday night, gunshots blasted away the quiet in the area of Old Belize, between Miles 4 and 5 on the George Price Highway. By the time police were dispatched to the area, they had a homicide on their hands which had all the hallmarks of an execution.

The body of Zheng Liu, 28, one of the principals of the 88 chain of stores, was dumped on the side of the highway, and his shooters had disappeared in his vehicle.

The narrative leading to the execution of the Chinese businessman who has been living in Belize since he was four years old, was that on Saturday night, he was at one of the four 88 chain of stores on Central American Boulevard when he got a call from an associate.

Zheng Liu had imported a vehicle and the person who called him told him that the vehicle had broken down in the area of Old Belize and needed to be towed.

When Zheng Liu got to the location where his new vehicle was, he was ambushed by one of the men inside his vehicle and after he was shot, his body was dumped on the side of the highway and four men made off in his vehicle.

The assailants did not get too far, however, because police intercepted them on Holy Emmanuel Street, in the Gungulung area of Belize City and they were taken into custody.

Reports are that one of the four men’s clothing was bloody. Police reportedly found useful evidence inside Liu’s vehicle. They are however, tight-lipped about what their investigation has yielded so far.

At the police press briefing today, Assistant Commissioner of Police, Joseph Myvett told reporters, “Mister Liu was at his business place on Central American Boulevard when he was called to assist a friend who apparently had broken down on the George Price Highway. And in the process, he then picked up another male person who rode along with him to the area where they were met by two other persons, and during that process, Mister Liu was apparently shot.”

Myvett told the media that the vehicle in which Liu went to meet his associate on the George Price Highway was located by police.

Myvett would only say that the vehicle was found in the possession of someone, but he did not go into any specifics about who that someone was.

Myvett was asked “Is there any indication that maybe Mister Zheng was lured to his death or someone took advantage of the opportunity that his friend was in distress to ensure that they would catch him in that location they know he would be?”

From what the investigation is showing, we do not necessarily believe that because he did have some conversations with those persons who were at the area prior to the shooting.”

Johnston Ou, chairman, Belize Chinese Association, told reporters this afternoon, “We are very puzzled and we don’t know why this happened, because he is such a nice guy and I don’t think he had any personal issue with anybody.”

Since the news of his killing hit social media, there has been an outpouring of comments on Liu’s character by those who came in contact with him during their shopping at the 88 group of companies.  Liu leaves behind his girlfriend and their unborn child.

Ou concluded, “Due to the response that we get from the Facebook, as the news went out, it gets like over a thousand five hundred comments and all comments are positive. That shows that he is such a nice person and lovely person by the neighborhood and the community. So this guy … many people miss him.

“Our community, it is regrettable what has happened. And it is not only for us; it can happen to anybody. And I just hope that this is the last time. We thank the police for making a quick response towards this incident. We prepared two certificates to show our appreciation to the Police Department.”