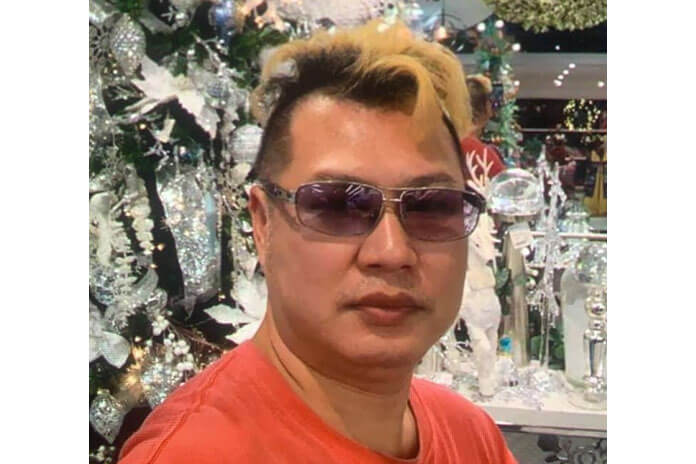 BELIZE CITY, Thurs. May 28, 2020– Xinwu Zhu, 38, a Chinese man of Hopkins Street who operates a hair salon, was sitting on the steps of his business on Hopkins Street, in Kings Park, at about 6:30 yesterday evening when he was murdered.

A video that was recorded by a camera in the area showed a man on a bicycle riding up to a business adjacent to Zhu’s establishment. He got off his bicycle and stood in front of the iron customer window of the shop and was standing about 15 feet from Zhu. The video showed that the man took a gun out of the right pocket of his pants, pointed it in Zhu’s direction, walked a few steps and then fired a number of shots at him.

The video showed that Zhu turned and noticed his attacker just before he was shot.

The gunman then abandoned his bicycle and ran down Hopkins Street. The video showed the gunman continuing to point his gun at Zhu as he ran along the street, passing two vehicles that were parked in front of Zhu. He then ran up the street and disappeared.

Zhu was seen holding his chest and kneeling on the ground. He was rushed to the Karl Heusner Memorial Hospital, and was declared dead at about 1:30 this morning.

No attempt to rob Zhu was noted. The killer simply got off his bicycle, stopped for a few moments in front of the small iron window through which customers got whatever they bought, and then he took out his gun, walked a few steps toward Zhu, who was oblivious to the danger, and shot him.

The murder of Zhu was deliberate and senseless, especially as no attempt was made to rob him. Police do not yet know the motive for the execution.

The video of the murder went viral, and it was also posted on Linea De Fuego Chetumal, a leading online Mexican newspaper in Chetumal, Quintana Roo, Mexico.

In March, a State of Emergency was put in place to address a spate of violence in the city during which 7 persons, including two children, were killed in 5 days, and gang members and criminals were rounded up citywide and remanded for one month.

It was noted that during that month, from March 20 to April 21, there was almost no crime in the city and there were no shootings. Before the remanded men were let out of prison, Commissioner of Police Chester Williams had told them that they must sign an agreement to keep the peace and that they must hand in their guns. Compol Williams also told them that if they were involved in any shootings or other crimes, they would quickly be returned to prison.

There has now been an increase in crime and the brazen, senseless murder of an innocent businessman.