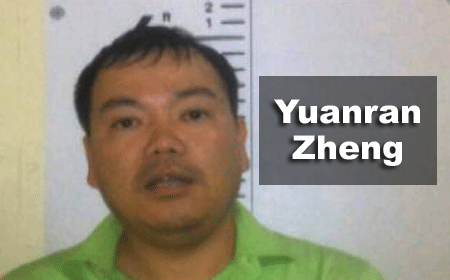 While those persons have escaped the arm of the law so far, Chinese national, Yuanran Zheng, was not so fortunate. He was busted in an attempt to use a fraudulent nationality certificate to obtain a Belizean Social Security card, and thereafter, a passport.

Director of the Immigration Department, Diana Locke, told Amandala that Zheng entered the country on Sunday, and on Monday he visited the Belize Social Security Board (SSB) headquarters in Belmopan, to apply for a Social Security card.

However, authorities at the SSB quickly spotted the fraudulent document and contacted the Immigration Department, whose officials then reviewed the nationality certificate and confirmed that it was indeed fraudulent. According to Locke, the nationality certificate used by Zheng did not have the security features that have been put in place, as of May.

Furthermore, there were no records to show that Zheng was ever granted a nationality certificate, even though he claimed that he had received the document over ten years ago. Zheng, who claimed to be a photographer, told Immigration officials that he had suddenly felt the need to get a Belizean passport to travel in the region.

Locke told Amandala that given her increased suspicion of Zheng, she then contacted the Belmopan Police Station, whose officers quickly detained him and his translator, Taiwanese-Belizean, Sheng-Hui Lin. Subsequently, Zheng was charged for “Uttering on a Forged Document”, and “Using a Forged Document.” Lin was charged for “Assisting a person to use a fraudulent document.”

On Tuesday, the two men appeared before Magistrate Emmerita Anderson in the Belmopan Magistrate’s Court, where they both pleaded guilty. They were fined $1,000 each, plus $5 for the cost of court.

Today, Thursday, Zheng appeared alone before Magistrate Ladonna John in Belmopan, where he pleaded guilty to “producing a document he knew to be false,” which was the nationality certificate he used to apply for the Social Security Card. For this he was fined $800 plus $5 for the cost of court.

Lin, who wasn’t brought to court today, is expected to face new charges after a police raid at his residence in Camalote in the Cayo District led to the discovery of a fraudulent social security card in the name of another Chinese national.
As of today, Thursday, Zheng and Lin remain detained by Belmopan police, who are trying to determine the origin of the fraudulent documents. Immigration Director Diana Locke told Amandala that after Zheng is released, he will be deported from the country.