Churches to protest against Section 53 ruling 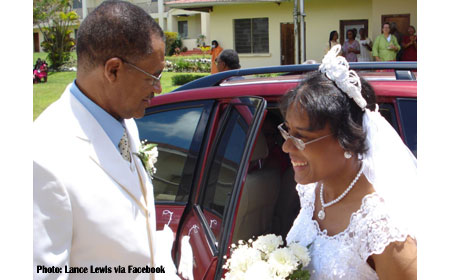 BELIZE CITY, Mon. Aug. 22, 2016–Although they have not formally said that they will appeal the recent decision by Chief Justice Kenneth Benjamin to overturn Belize’s sodomy law, the churches are meeting and mobilizing not just to strategize on their next actions—but also to tell the Barrow administration just how displeased they are with its decision not to appeal the Supreme Court ruling.

The National Evangelical Association of Belize (NEAB), which says it represents 280 churches in Belize, is mobilizing its troops for what it dubs “a prayer patrol” around the National Assembly and government administration buildings in Belmopan from 9:00 a.m. to 1:00 p.m. tomorrow, Tuesday, August 23.

Amandala understands that the demonstration was originally to coincide with the meeting of Cabinet usually held on Tuesdays, but organizers later learned that the Prime Minister had departed the country and is not due to return until Friday. They decided to press ahead nonetheless. Reports to our newspaper tonight indicate that at least 20 buses may be headed to Belmopan for the protest.

Lewis said that firstly, they want to express the fact that “the church is not pleased…” and furthermore they want to call on the Barrow administration to “recant…” its decision, announced last week, that it will not appeal Benjamin’s ruling.

“This is a serious thing. The Chief Justice’s ruling goes against what the church believes,” Lewis told us.

The association which is organizing Tuesday’s public demonstration is an offshoot of the Belize Evangelical Association of Churches, one of the 7 interested parties in the case brought against the Government by LGBT rights activist, Caleb Orozco, a homosexual Belizean.

In ruling in Orozco’s favor, the court also found that, because Belize is a signatory to the International Covenant on Civil and Political Rights, the portion of the Belize Constitution which prohibits discrimination on the basis of sex, also extends to one’s “sexual preference,” since the UN has expanded the scope of the word “sex” in the treaty to include “sexual orientation.”

Lewis says, “…that really is a serious matter!”

“It is going far and it has extreme implications,” he added.

He has also been calling for a meeting of the church community, which is being organized through the Senator for the churches, to discuss the matter.

Last week, before Prime Minister Dean Barrow formally announced that the government won’t appeal the Section 53 ruling, but the interested parties or affected citizens could seek leave to appeal, the National Evangelical Association of Belize issued a statement saying that, “In a mere 4 hours, 11 denominational overseers and 132 national pastors responded by text saying they support the request for the Government to appeal the decision.”

NEAB said: “The controversial points of the Chief Justice’s ruling, which we disagree with, violate fundamental beliefs and convictions of the religious community in Belize, as well as the overwhelming majority of the Belizean populace opposing this ruling.”

It added that Benjamin undoubtedly overreached the scope of his office in redefining the Constitutional term ‘sex’ to include ‘sexual orientation’—a move that in other countries has required an amendment of the Constitution which adds those specific words to secure that specific meaning, NEAB added.

NEAB vice president, Pastor Scott Stirm, is of the view that the LGBT community will likely move to challenge Belize’s Marriage Act in seeking to establish same-sex marriages in Belize, based on the same argument — that to deny them would be to violate their right to protection from discrimination based on their sexual preference.

Stirm, who said that the court has given the LGBT community “a blank check,” told us that they will exhaust every option that they possibly can to challenge the court’s decision.

He said that they are discussing the possibility of an appeal with the Roman Catholic Church, which was also an interested party in the Section 53 challenge filed by Orozco.