Colin Francis, 29, remanded for the murder of Nestor Vasquez, 60 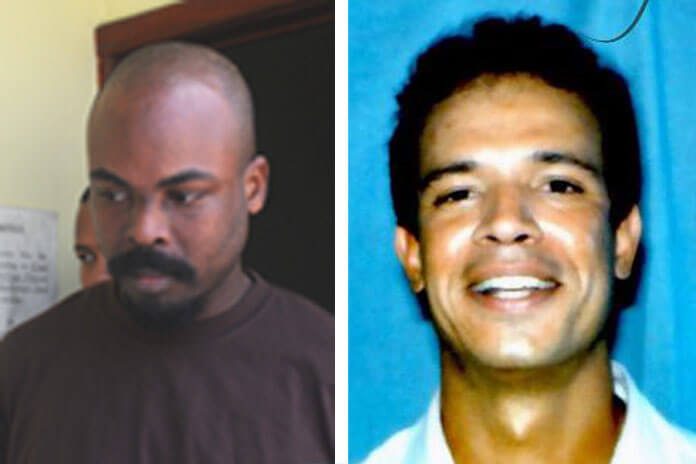 BELIZE CITY, Mon. Nov. 25, 2019– This morning, Colin Nathaniel Francis, Jr., arrived at the Belize City Magistrate’s Court from the Queen Street Police Station, where he has been held since Friday after police had put out an All-Points Bulletin (APB) following his release on an $8,000 bail for attempted murder of a nurse.

The bail was offered to Francis by Senior Magistrate Tricia Pitts-Anderson after Francis had spent the requisite 90 days on remand for the attempted murder charge.

Francis’ release ignited fierce criticism from 7News director, Jules Vasquez, whose brother, Nestor Vasquez, Jr., allegedly died at the hands of Francis in June, when both men were put in a cell at the Queen Street Police Station.

The Chief Magistrate explained to Francis that she would only read the charge to make sure that he understood what was read to him. “The court will not take a plea from you”, Chief Magistrate Fraser told Francis.

“Police charged you with murder”, Fraser went on to tell Francis, before she read the single count of murder to him.

After the charge was read and Fraser asked Francis if he understood what was read to him, he appeared perplexed, and asked the magistrate to read the charge again.

“The charge reads that on June 8, in Belize City, in the Belize Judicial District, you murdered Nestor Vasquez, Jr.,” the Chief Magistrate told him.

Bradley asked the court to order that Francis get a psychiatric evaluation. Bradley explained to the court that in the criminal justice system, there is no facility available for persons who are in need of psychiatric care.

Francis told his attorney to ask the court to not let him be taken back to the Tango Six building at the Belize Central Prison.

Francis was remanded to prison until his next court date, on January 7.

On June 8, Francis and Nestor Vasquez were put in the same holding cell at the Queen Street Police Station. During the time the two men were together in the cell, Francis allegedly beat Vasquez, fracturing his skull, and Vasquez fell into a coma, from which he never regained consciousness. Vasquez died about 48 hours after he was beaten in the police holding cell.

Almost 6 months after the incident in the police holding cell, Francis was charged with Vasquez’s murder.

It was that incident that caused Francis to enter the criminal justice system when he was charged with attempted murder, dangerous harm and use of deadly means of harm, and he was remanded.

Following the arraignment, Bradley told Amandala and News5 that the Belize Central Prison does not have a psychiatrist. “We don’t have a facility to treat mentally ill prisoners. We are violating the United Nations minimum standard in how we treat our mentally ill people. Nestor Vasquez has lost his life because of how we treat out mentally ill persons. It should not happen again,” he said.