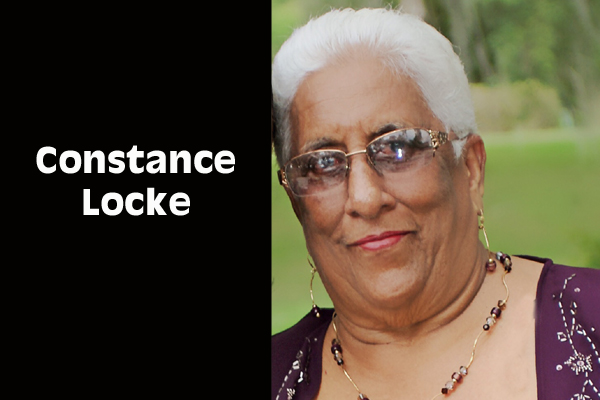 Relatives and friends are currently mourning the death of a beloved mother, grandmother and housewife who died of natural causes on Friday, January 31, 2014, at the age of 81.

Ms. Constance May Locke nee Olivera was born on November 26, 1932, and lived on Bocotora Street in the Queen’s Square division in Belize City.

She is described as a very active and outspoken mother of four daughters, who was good with her hands, and used to do sewing and crafts.

According to her relatives, she was also a caterer and a very good cook who used to make pastries such as lemon pie, as well as other niceties such as meat pies and panades. They told Amandala that she will be remembered mostly for her outspokenness.

In her early years, she served on the board of directors of the Youth Hostel and was also a teacher at the Youth Hostel. She was a very outstanding supporter of the current Prime Minister, Hon. Dean Barrow, and was known as an avid campaigner in the Queen’s Square division.

Ms. Locke later relocated to Miami, Florida, in the United States, where she spent her later years.

She is survived by her four daughters — Diana, Barbara, Sandra and Phyllis, along with seven grandchildren and three great-grandchildren.

Funeral services will be held tomorrow, Tuesday, February 4, 2014, at the Wesley Methodist Church on Albert Street at 1:00 p.m.

Amandala takes this opportunity to express its deepest condolences to the relatives and friends of Ms. Constance May Locke.

May her soul rest in peace and rise in glory.