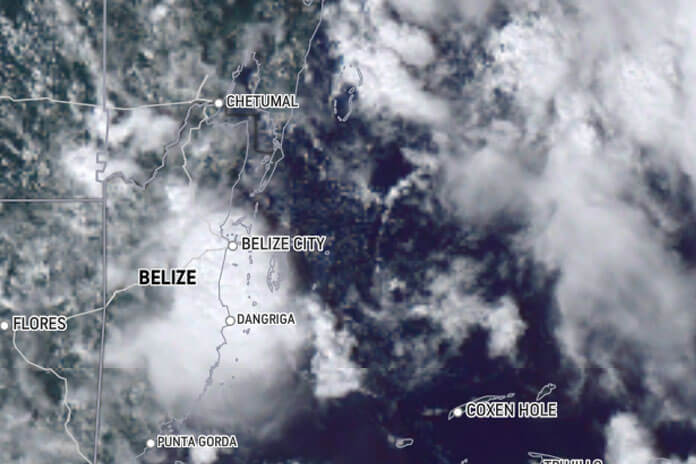 BELIZE CITY, Thurs. Oct. 21, 2021– As of noon today, the unrelenting downpour of rain on the streets of Belize City since Monday of this week had somewhat come to halt. According to the National Meteorological Services, constant rains since the start of this week were dumped over the country by a tropical wave that has since moved west.

A flood watch was issued for Belize City yesterday, in light of the forecast that more showers would be occurring later on tonight going into Friday due to yet another tropical wave.

An upper-level high pressure system is pumping air from the high levels of the atmosphere which is rapidly being replaced by air from the bottom levels, which is fostering the development of these showers, cloudiness, and thunderstorms, says the Chief Meteorologist, Ronald Gordon.

The entire country has been affected by this week’s rains, but Belize City was particularly impacted over the first few days of this week, with streets being deluged and some areas being rendered impassable.

Chief Meteorologist Gordon reminded the general public that serious weather condition can be brought on by smaller systems not classified as tropical depressions and storms, as is being seen in this case.

As mentioned, showers are expected to continue this Friday and into the weekend.