Home General Consumers getting even less for their dollar, as inflation hits 2.3% in...
General

Consumers getting even less for their dollar, as inflation hits 2.3% in March 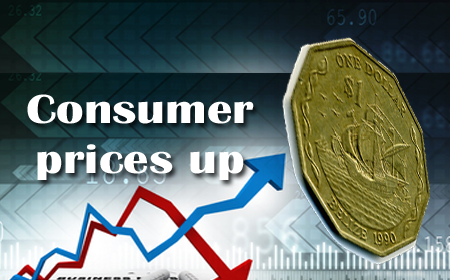 BELIZE CITY, Thurs. Apr. 27, 2017–Consumer prices continue on their upward trend, meaning that consumers are getting even less for their dollar, with prices up by 2.3% in March 2017, and 1.8% so far this year.

Price spikes in March were perhaps most notable in the transport category, with consumers paying 18.3% more than they did last March.

According to the Statistical Institute of Belize (SIB), which today released its March Consumer Price Index (CPI) data, “This increase was the main contributor to the overall rise in prices among ‘All-Items’. Fuel and lubricant prices for the month of March 2017 were up by 12.7 percent from the same month in 2016.”

It added that, “The highest increase among this sub-category was seen in the price per gallon of Premium gasoline, which rose from $8.27 in March of last year to $10.54 in March 2017.” 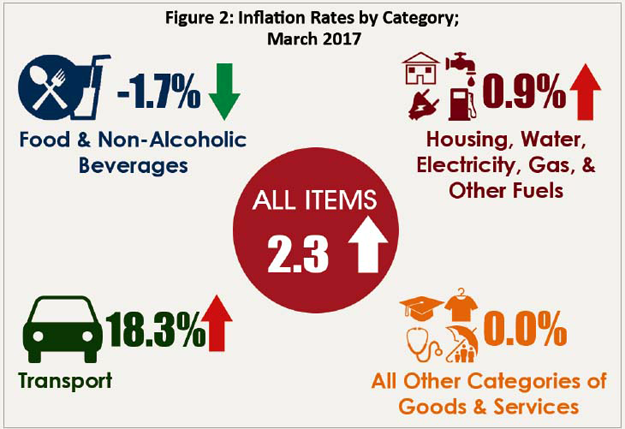 “International airfares, which in March 2016 were down significantly, experienced a rebound in early 2017, further adding to the overall increase in ‘Transport’ prices,” the SIB said.

There was, however, a 1.7% price ease in the ‘Food and Non-Alcoholic Beverages’ category for the month of March.

Meanwhile, the ‘Housing, Water, Electricity, Gas and Other Fuels’ category recorded an overall increase of 0.9 percent, while home rental prices were up by 0.5 percent.

The price of cooking fuel (liquefied petroleum gas (LPG)) was 15% higher than it was last March.