Controversial PetroCaribe motion back to House 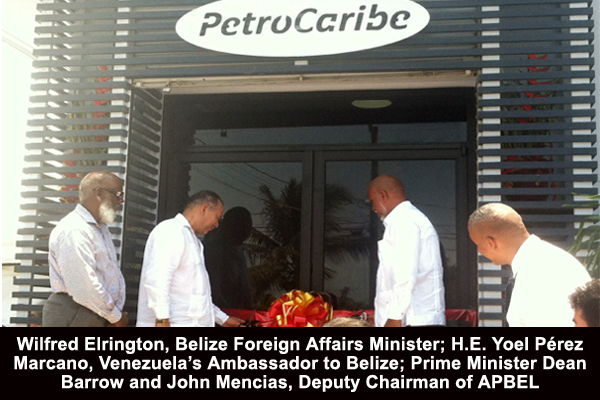 BELIZE CITY–The US$114 million PetroCaribe Loan Motion tabled last month, amid claims from the Opposition People’s United Party that the Barrow administration had illegally engaged in a loan agreement with Venezuela under the PetroCaribe Initiative, will likely be approved by Parliament after it is presented for debate, as well as the second and third reading next week.

That is because the ruling United Democratic Party can pass the legislation with its simple majority, but Cayo South area representative for the Opposition People’s United Party, Julius Espat, said that they will maintain their request to the Supreme Court to issue declarations and injunctions which they contend are necessary for compliance with the Finance and Audit (Reform) Act.

Two weeks ago, we reported that Espat had filed a lawsuit in the Supreme Court, asking the court to declare that the revised loan agreement (signed by the Barrow administration) between the Government of Belize and Alba Petrocaribe Belize Energy Ltd., made back in September 2012 and providing for the making and repayment of certain loans by the Government, is unenforceable, because Parliament has not authorized it.

Espat has asked the court to declare that Government cannot use public funds to pay Venezuela and is further asking the court to restrain the Government with an injunction from making any such payments.

He has also asked the court to declare that any proceeds from the bilateral arrangement between Belize and Venezuela form part of the Development Fund, established under the Finance and Audit (Reform) Act, 2005.

Today, Espat told us that the Supreme Court has still not indicated when it would hear the case, and they are waiting for a date to be set.

Recently, Financial Secretary Joseph Waight had told the media that supplementary appropriation bills were being prepared to be laid before Parliament.

Espat said that the Finance and Economic Committee of the House had met and approved the PetroCaribe Motion. The two Opposition members on that committee, Espat and Orange Walk Central area representative, Johnny Briceño, did not attend that meeting, which Espat said started at 3:01pm and concluded at 3:07pm, signaling to him that nothing was really discussed.