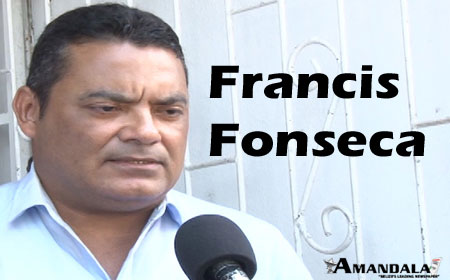 BELIZE CITY–The controversial Petrocaribe Motion, which the Opposition People’s United Party (PUP) says is being illegally introduced by the Barrow administration to cover what they allege is the illegal spending of nearly quarter-million-dollars under a loan agreement with Venezuela, is scheduled to be returned to the House of Representatives for ratification on Tuesday, November 18.

Opposition attorneys say, though, that this will not legitimize the spending of those funds because the Finance and Audit (Reform) Act requires prior approval of any loan of $10 million or more.
At a press conference held on Tuesday, November 4, the Leader of the Opposition People’s United Party, Hon. Francis Fonseca, said that far from complying with the law, the Petrocaribe motion “seeks to ratify illegal borrowing and spending since September 2012,” a move which he says has defeated and frustrated the intent of the act which was put in place to provide for better public finance laws.

Fonseca said that when the line between the Petrocaribe funds and the UDP’s coffers is blurred, the Opposition has the responsibility to question and challenge the use of funds, which exceed $200 million.

Espat pointed to an amendment that the Barrow administration made in 2010 to the Finance and Audit Act, which criminalizes contraventions to the law.

He said that under the provisions, every person who contravenes or knowingly permits or instigates any person to contravene the laws would be guilty of an offence and liable on summary conviction to a fine not exceeding $10,000 or imprisonment.

Espat said that while Prime Minister and Minister of Finance Dean Barrow knowingly submitted a loan motion trying to ratify what he should have done in 2012, he has subsequently spent the funds without approval and is “trying to spin” by saying the PUP is unpatriotic.

Speaking at Tuesday’s press conference, Marshalleck said that the executive branch of Government has borrowed and spent millions without National Assembly authorization, and the Executive is usurping the functions of the Legislature – a problem which, he says, goes to the root of our democracy.

While the Barrow administration has described the PUP’s lawsuit as “a legal fig leaf, frivolous in nature” Smith said that “it is anything but frivolous…”

“This matter was first raised in the media. It came from you all,” he said.

Of note is that prior to the filing of the lawsuit, Espat, who is the chairman of the Public Accounts Committee, had asked Auditor General Dorothy Bradley for an audit, but she had indicated, in replying, that such an audit would be premature, because of the pending motion before Parliament.

The Opposition was asked whether it was also advocating for criminal sanctions against persons in the Barrow administration, but Fonseca said that they are not advocating for any such sanctions.

At the press conference, Fonseca was asked whether the Opposition is willing to disclose the details of $39 million in spending by the then administration of the People’s United Party – spending for which that administration also did not seek parliamentary approval.

Fonseca’s reply was that this is “a very small pittance compared to the hundreds of millions which Barrow had raised,” and he said that the question could be put to Financial Secretary Joseph Waight, who could provide details.

Fonseca said that while they “have to condemn that [manner of spending] as well”, they have to start somewhere to demonstrate to the Belizean people that they are serious about governance.

Earlier this week, Financial Secretary Joseph Waight told the media that the Government will submit a supplementary revenue appropriation bill shortly to the House of Representatives, to cover roughly $68 million in spending, which includes$20 million used to capitalize the National Bank of Belize, another $10 million for the street concrete program in Belize City, as well as funds for upgrades of streets in various towns throughout the country.