Convict argues against carnal knowledge conviction before Court of Appeal 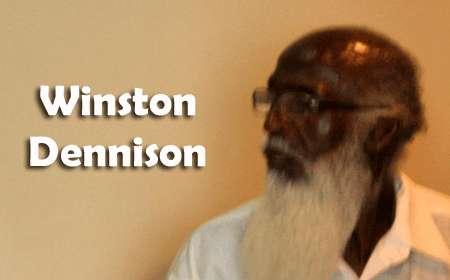 BELIZE CITY, Tues. Mar 10, 2015–   A man who was convicted of three counts of carnal knowledge while he was out on parole for a 25-year manslaughter sentence was before the Court of Appeal this afternoon, arguing against the conviction and the consequent 18-year sentence.

The panel of Appeal Court Justices who heard the case consisted of President of the Court of Appeal Hon. Justice Manuel Sosa; Hon. Justice Samuel Awich and Hon. Justice Christopher Blackman. The court indicated that it will issue a ruling on this appeal at a future date.

Winston Dennison, who had provided the court with a 24-point skeleton argument, told the panel of justices that he was assisted in the preparation of the document by someone in the prison, “as I am not a good reader.”

As he began his argument, Dennison explained to the court that he had no attorney and that he would be representing himself.

Court of Appeal president, Justice Manuel Sosa, pointed out, “There is no provision under the law for legal representation with this kind of offense.”

Sosa told Dennison that in regard to the points he raised, “All the members of the court have read it. So now all you have to do is deal with it in the time limit we have given you.”

“If the allegations were true, why the complainant refused to cooperate,” Dennison argued. “There were some prejudicial things that happened to me,” he said. Sosa, however, cut him off: “I am not going to hear you on other things.”

Dennison told the court that he did not think the carnal knowledge charges were serious.

Sosa responded by reminding him that he had been before the court in 2001. “Don’t tell me that you didn’t appreciate the seriousness of the offense,” Sosa remarked.

“You did not know that having sexual intercourse with someone below the age of 16 is a serious offense?” asked Sosa.

Dennison began to tell the court the he has a daughter who is a sixth form student and another daughter in high school.

Sosa told him that he was stating too many irrelevancies, and that he would run into difficulties later in his presentation, given the limited time allotted to him to address the issue of his appeal.

Dennison told the court that the doctor (who examined the victim) was the first witness to testify at his trial, but Sosa told him, “You are here misleading this court. The doctor was not the first witness. You are going around edges of this appeal. You are not getting to the heart of it.”

Dennison continued to deny that he had sexual intercourse with the minor.

Sosa reminded him that according to the evidence presented at the trial, he performed oral sex on the victim and also had intercourse with her.

Dennison was convicted on three counts of carnal knowledge. At the time of his conviction in December 2012, Dennison was 55.

The girl who accused him of having sexual intercourse with her on three different occasions was 14 years and 9 months old.

The incidents occurred sometime between April 8 and 30, 2010, while Dennison was out on parole for a manslaughter conviction.

In December 2012, the trial judge, Supreme Court Justice John Gonzalez, sentenced Dennison to 18 years in prison for his conviction on three counts of carnal knowledge.