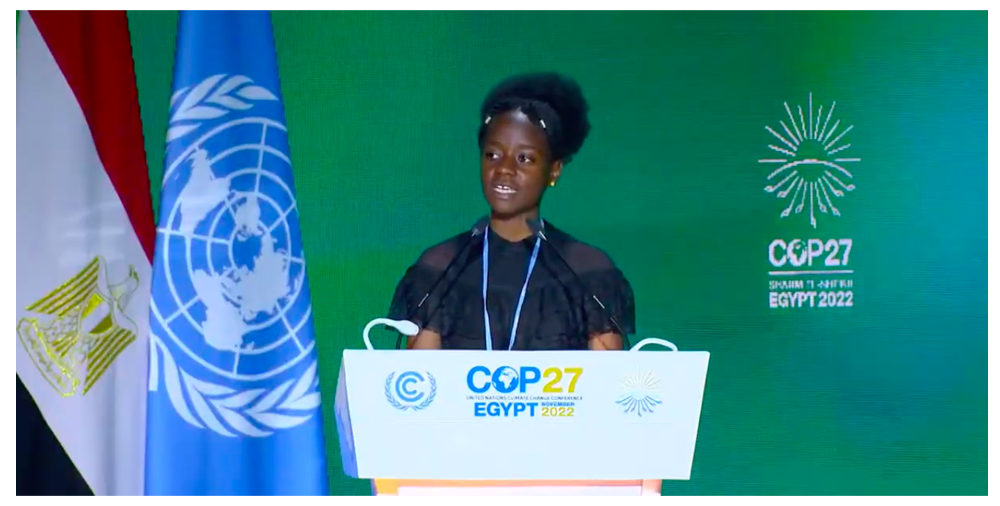 Egyptian Minister of Foreign Affairs, Sameh Shoukry assumed the presidency of the 27th Conference of Parties of the UNFCCC (COP27) yesterday during opening ceremonies held in Sharm El-Sheikh, Egypt. Alok Sharma, the outgoing COP26 president, highlighted the achievements of last year’s conference, saying that the signing of the Glasgow Pact and IPCC reports published this year show that the global multilateral system is making progress on the climate front, despite naysayers.

“Every major report published this year underscores the point that progress is being made and thanks to the commitment that we garner ahead of and at COP26 and indeed in our presidency, year emissions in 2030 are expected to be around 6 gigatons lower. That is the equivalent of 12 percent of today’s global annual emissions”, Sharma said. He added that with full implementation of all commitments, including NDCs and Net Zero targets, the reports indicate, “that we are headed to 1.7 degrees warming by the end of the century, not 1.5.”

COP27 president Sameh Shoukry, an African national of Egypt, said that the current level of ambition is not in line with the goals of the Paris Agreement. He called for wider and more efficient participation of relevant parties—including non-state actors such as the private sector, banks, international finance institutions, civil society, youth associations, and indigenous associations— to meet these goals.

He drew attention to two facts: that efforts related to climate change adaptation have been polarized for the past decade, and that this has slowed the process of negotiations, and secondly, the current mobilization efforts remain inadequate, with the 100-billion-dollar pledge still not yet implemented. He noted that financing is being pumped into curbing emissions and not adaption efforts.

“I call upon all of you to fully be aware that we are not just embarking on negotiations that are detached from reality,” Shoukry said. “Our mission is much loftier than this. The implications and effects of our work will affect the lives and livelihoods of millions of people around the world … We cannot threaten the future of coming generations of our sons and grandsons and daughters,” he said.

Simon Stiell, the new UNFCCC president, who was appointed in August of this year, called on countries to submit updated Nationally Determined Contributions (NCDs). To date, just 29 countries of the 194 nations that signed the Glasgow Agreement to submit updated 2030 climate plans have done so. He called for those countries to revisit and strengthen their national pledges this year.

“I found myself in an accountability chief role last week when we launched the NDC synthesis report, and I had to report that only 29 countries have come forward with tighter national plans since COP26. 29 is not 194, so here I am not looking out at 165 countries that are due to be revisiting and strengthen their national pledges this year,” Stiell said during his remarks at the opening.

Climate activist, Leah Nahuguerwa, at the opening of COP27, saluted the working leaders at the conference and told climate crisis deniers and unbelievers, “we have stories to share.”

“When I was 14 years old, I saw landslides killing so many people due to harsh weather conditions. These images have disturbed me and cannot allow me to rest until something is done about the changing climate,” Nahuguerwa said.

UN Secretary-General, Antonio Guterres, called for Universal Early Warning System coverage across the globe within 5 years. He asked governments across the world to tax the windfall profits of fossil fuel companies and redirect the money to people struggling with rising food and energy prices.

“On addressing loss and damage, this COP must agree on a clear time-bound road map reflective of the scale and urgency of the challenge, and this roadmap must deliver effective institutional arrangements for financing. Getting concrete results on loss and damage is a litmus test of the commitments of the governments to the success of COP27,” he said.