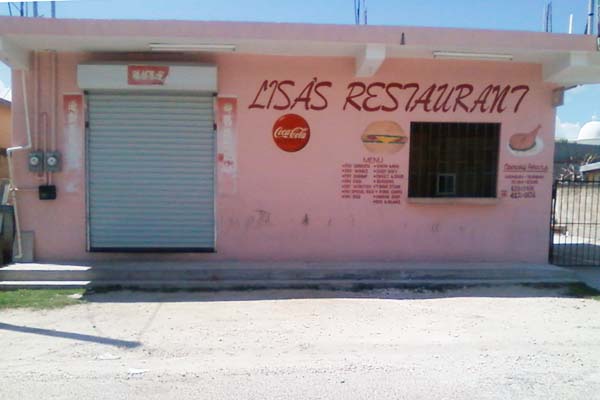 The business has been held up twice in three weeks

Lisa’s Restaurant, located on Fifth Avenue in Corozal Town, has ceased operations after the restaurant was held up and robbed twice within three weeks.

But in the second incident, which occurred around 7:00 p.m. Thursday, customers were in the restaurant when the robbers aimed a gun at the owner, Weiquin Zhu, and demanded money.

The owner told police that two men of dark complexion entered the restaurant, and one of them pointed a gun at him and demanded money. He cooperated and handed over around $500. The thieves took the money and ran out of the restaurant, up Fifth Avenue and disappeared into the surrounding area.

Police have since launched an investigation, but the two thieves have not yet been captured. Zhu, the restaurant’s owner, told police that in the first robbery, he closed his restaurant around 1:00 a.m. that Saturday, and shortly after he was alerted by noise coming from the back of his store.

He went to see what was happening, and saw four armed, masked men entering his store. One of the bandits pistol-whipped him in his head, and another aimed a gun at his wife and ordered her to keep quiet, or he would shoot her.

Zhu told police that the bandits took him to his cash drawer and at gunpoint, he was forced to open it and hand over around $10,000 cash to the thieves. They then tied up him, his family and friends, and then ransacked his house and restaurant; their search yielded them additional money — over $18,000 that he had been saving up to go on vacation to China.

Zhu said that the monies were in US dollars, in different denominations. The thieves also stole phone cards, and grocery items, before escaping with over $28, 825 in cash and other items.

Police have launched an investigation into the two robberies, but so far no one has been arrested or detained. Police said that the main door on the side of the building was not locked, and it was through this area that the thieves gained entry. They also believed that the robbery was not random, that the restaurant was targeted and the bandits simply were waiting for an opportunity to hold up the establishment.