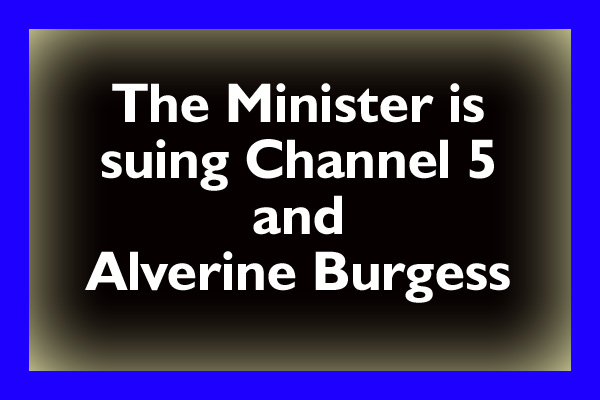 At the height of the Penner passport scandal that has rocked the Dean Barrow administration, a whistleblower, Alverine Burgess, came forward with allegations that she has paid Minister of State Edmund Castro for up to 200 visas for foreign nationals.

But Castro has vehemently denied the allegation and has taken out a lawsuit for defamation against Great Belize Production, the parent company of Channel 5, which aired the story, and Burgess, the whistleblower. The parties were in court today.

An in-chamber hearing was held this afternoon in the courtroom of Supreme Court Justice Courtenay Abel, who is preparing the way with the parties to hear the defamation claim filed by Minister of State Edmund Castro.

At the last hearing, the attorney for Channel 5, Senior Counsel Godfrey Smith, had submitted an application that under the provisions of Section 35 of the Prevention of Corruption Act, the case should be struck out, because the necessary complaint was made to the Integrity Commission.

But upon exiting the courtroom, Smith told reporters that Justice Abel did not strike out the claim.

“The judge came to the view that this matter should be dealt with at the trial as a preliminary point,” Smith explained, adding that the judge said “’you are free to bring it back when we are dealing with the whole matter and I will rule on it then.’”

Smith said that the issue that was raised to strike out the claim is a new and evolving matter that has not been heard before in the Caribbean.

Minister of State Castro was in court, but he deferred all comments to his attorney, Rodwell Williams, S.C., who told reporters that Smith’s application was struck out but it can come up at the substantive hearing.

“Channel 5 made a complaint to the Integrity Commission which is substantively the same matter that was publicly aired a few weeks earlier”, Williams said. “On that basis, they asked the court to strike out the matter, because that complaint provides immunity from prosecution.”