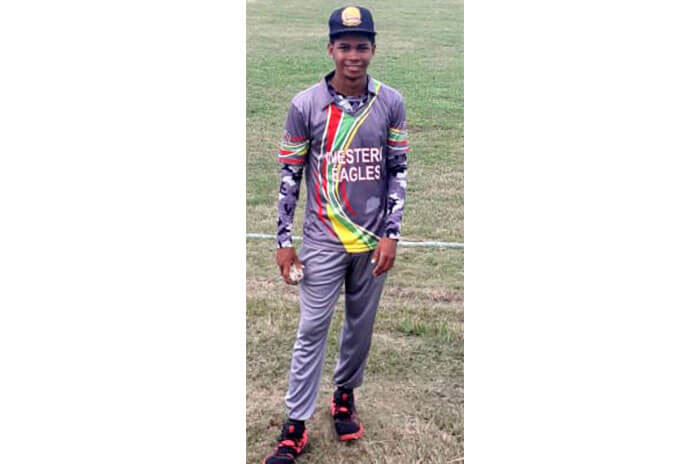 BELIZE CITY, Wed. Feb. 19, 2020– Hello, my lovely Cricket Corner readers, players and enthusiasts! The past weekend was such a pleasant time for our sport. Heartaches for some and happiness for others! But, that’s the way the game is played. So, please don’t be mad with anyone when you lose or in a situation when you’re losing. (“IT ONLY HURTS FOR A LITTLE WHILE.”) With that said, congratulations to all winners; and best of luck next game-day for the not so fortunate ones!

Under the auspices of the Belize National Cricket Association, the Bowen and Bowen/ Harrison Parks 2020 Cricket Competition continued over the weekend with some very interesting matches.

Let’s start with Level One, and the match featuring Bandits vs Wicked 11. At the onset of the game, the batsmen of Bandits, who went to bat first, had the better of Wicked 11 bowling (as my headline depicts). At the fall of the last wicket, the score stood at a whopping 300 runs. Leeron Muslar and Walton “Baby Hulk” Banner scored 53 and 50 runs, respectively. Ordell Casasola and Keon Robinson took 3 wickets each for Wicked 11. The team chasing that score would have to meet bowlers that are weak in order to overcome. But with the spirit and the heart I know, The Wicked boys have, they are going to fight to the very end. And they did. But, with the powerful and precise bowling of Andrew Banner, Jr., who took 5 big stumps, the game was over, with a score of 87. In that inning, Travis Robinson scored 27. Something went wrong with the bowling of the Wicked 11 team; or the Bandits were just too powerful.

BDF overpowered Summer Fever, 186 to 185, with 3 spares. Summer Fever took to bat first, and scored 185 at halftime. Jude Joseph and George Hyde scored 41 and 34, respectively; while Travis Stephenson of BDF took 4 wickets. After lunch break, the time was set for Summer Fever to defend. As hard as they tried with the fine bowling of Maleek Sutherland, who took 3 wickets, BDF surpassed their score, losing 7 wickets. Jarvis Wade and Clint Stephenson of BDF scored 33 and 25, respectively. Sometimes it’s hard to underestimate a team; especially last year’s champion.

Excellence, clamped Easy Does It easily, 278 to 89. Excellence went in first, and battered the bowlers of the Easy guys. For Excellence, Keenan Flowers took 4 wickets, while Michael Wade and Tyrese Flowers scored 63 and 77, respectively. For Easy Does It, Walter Flowers and Gareth Banner, Jr. scored 24 and 17, respectively. Jevon Arnold took 3 wickets.

It’s very strange, in this match, I can’t remember if at any time these two teams met, such a large amount of runs were ever batted by any of the teams. Well, that’s cricket.

On Sunday at Lords Bank, a wonderfully played game happened between Berlan and Sunrise.  Although Berlan was the victor, it could have been anybody’s game. Sunrise went to bat first and scored a very fighting score of 160. Shaskam scored 36, followed by Cornel Brown with 25. Marlon “Camala” Nicholas and Jonathan Benjamin took 4 wickets each.

I was at the game, and, to my opinion, the team could have done better in respect of making more runs. Well, maybe they didn’t want to make any mistakes. I’ve seen Berlan play on several occasions, and if Sunrise bowling is not up to par, Berlan would beat it. But again, it’s cricket.

Berlan took to bat now, and it wasn’t looking good for Berlan, as, when 4 wickets fell, the score was 37. Things changed, and Berlan batsmen started to take control, and at the fall of 8 wickets, game over. Satish and Sham scored 41 and 43, respectively. Zaghi took 4 wickets. Sham should be commended, as he was the one that steered Berlan’s win.
Level two on Saturday.

Rancho Dolores: Western Eagles vs Brave Union! The Eagles took to bat first and scored 143. Byron Clare and Jareem Lord scored 28 and 23, respectively. Ryan Jones took 4 wickets. It’s time now for Brave Union to prove themselves better than the Eagles. For your refreshment of minds, Brave Union the previous weekend defeated Northern Spirit, who had defeated the Eagles the weekend before. The Brave ones took to bat, and with the most exceptional bowling of 19-year-old Marcel McNab, who took 5 wickets in 9.1 overs, giving up only 18 runs, Brave Union only mustered 71. That was a great win for the Eagles. Ryan Jones scored 9 runs.

Rural Mix surprised Suga Boys with a score of 100 to 96, with the last man at bat. For Rural Mix, Randy Rhaburn and Winford Broaster scored 18 each, and Marcel Nugent took 4 wickets. For Suga Boys, Alton Conorque and Orvin Wade, Sr. scored 30 and 15, respectively; and Jamie Wade took 3 wickets.

I intentionally left the results of the next match for last, as I watched this game between seasoned Brilliant and Surprise, a team of gentlemen who were very good cricketers many years ago, as they battled.

Surprise took to bat first, and throughout their batting time they performed excellently. At the fall of the last wicket 84 was on the score card. Old veteran Winston Anthony and Aaron Arnold scored 23 and 13, respectively. Ravin Gillett of Brilliant took 4 of Surprise wickets.

Then, after lunchtime, Brilliant took to bat. The game did not last too very long, as, at the fall of 3 wickets, Brilliant won. Kristan Tillett and Shane Westby scored 27 and 25, respectively. Winston Anthony, Frederick Reynolds and Steve Robinson took 1 wicket each. It was a pleasant game to watch in the beautiful village of Lemonal.

This weekend, Surprise travels to Carmelita.

Here is the weekend schedule for Level One and Level Two games:

Level One – Sunrise vs Easy Does It at Lemonal; Excellence vs BDF at BDF; Wicked 11 vs Summer Fever at  Landing.

Level One – Berlan vs Bandits at Belmopan.

As I close, I’m once again pleading to players: Please respect the decision of the umpires! Remember, this game is understood to be a gentleman’s game. Players, don’t embarrass yourselves, your fans, your teammates, and especially your loved ones!

That’s all, folks. Have a fun-filled cricket weekend! Until next week, Bye!