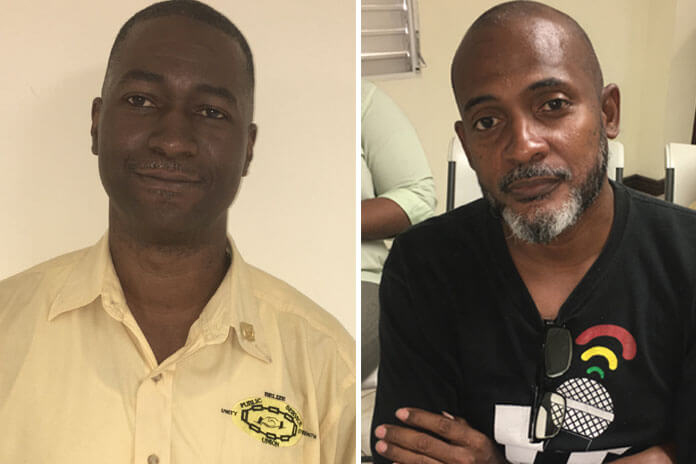 BELIZE CITY, Fri. Feb. 14, 2020– The Dean Barrow-led government and United Democratic Party have come under sustained fire for the scandal that emerged from the Salt Lake City, Utah, trial of the alleged fraudster, Lev Dermen, whom the former Minister of National Security, John Saldivar, had recommended for Belize consular and ambassadorial postings and who holds a Belizean nationality certificate for which the Auditor General was unable to locate the file.

Prime Minister Barrow, whose government was swept into power in 2008 on an anti-corruption and transparency platform, has been shaken by this internationally embarrassing scandal. Transcripts of text messages exchanged between Saldivar and convicted fraudster Jacob Kingston were shown to the jury in the US fraud trial and appear to indicate that Saldivar traveled to the US in February 2014 to pick up $50,000 from an associate of Dermen.

Yesterday, Thursday, the Public Service Union (PSU) called on the government to commence an investigation of Saldivar and Belmopan mayor, Khalid Belisle.

Belisle had stated in a press release that he had only met Dermen once, but two photographs surfaced in which Belisle was seen posing with Dermen.

Today, Friday, another union, the Christian Workers Union (CWU), today joined the call for an investigation in support of its sister union, the PSU, calling on the relevant authorities to investigate Saldivar and Belisle and others involved with Dermen and Kingston, who had made several trips to Belize between 2013 and 2014, seeking business opportunities, purportedly with monies that were allegedly the proceeds of fraud against the US Internal Revenue Service (IRS) — monies which were used to finance UDP candidates, three or four, according to Saldivar’s text exchange with Kingston.

The PSU press release also took Barrow to task for his “puny decision” to suspend Saldivar.
Referring to the Prime Minister as the substantive Minister of the Public Service, the PSU pointed to the PM’s failure of public officers in not “responding swiftly” to the Saldivar scandal coming out of the Utah trial.

The PSU press release added, that “…with a track record tainted with corruption and scandals, Mr. John Saldivar owes all decent public officers nothing less than his resignation…” (Saldivar, on the same day the PSU issued its press release, resigned from his Cabinet portfolio as Minister of National Security).

The CWU press release said, “Like [the] PSU and other Belizean stakeholders, the CWU is disappointed that the Prime Minister failed to keep his promise to fire any Minister revealed to have lied to him and Cabinet about taking money from Lev Dermen and his accomplice, Jacob Kingston.

“In [the] face of this blatant failure, there now needs to be a thorough investigation into the dealings of Mr. Saldivar and his associates. Heavy clouds of corruption [are ] hanging over the Government of Belize because of Saldivar’s history of suspect dealings, which have made a mockery of the pledge of accountability and transparency on which the UDP came to power.”

The release added, “CWU also joins in the call for immediate laws on campaign financing.”

Facebook
Twitter
Pinterest
WhatsApp
Print
Previous articleTrouble in the surgical ward …
Next articleDisgraced John Saldivar apologizes to Cabinet and to the general public for his “poor judgment.”