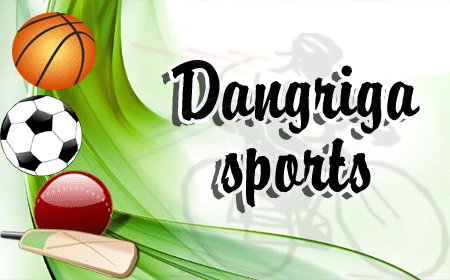 PLB 2019 Champions, Conquerors, as they prepare for the upcoming 2020 Dangriga Mayor’s Cup Tournament, will be hosting a friendly practice match this Friday, January 17, at the Carl Ramos Stadium at 7:00 p.m. against Stann Creek Untied from the Maya CENTRE, Sittee River area from the southern village. Entrance fee is FREE, FREE.

The Dangriga Zone 2020 Secondary School Football Competition kicked off on Monday, January 13, at the Carl Ramos Stadium. Only one male game was played. The host school today, ANRI was defeated by Ecumenical, 4 goals to 3. Goal scorers for Ecumenical were Jamaal Flowers with 2 goals, and Adon Nunez & Arsenio Castellanos got one apiece. Goals for ANRI came from Steven Noralez with 2 goals & Isiah Palacio got the other.

The tournament continued yesterday, Wednesday, with Ecumenical as the host school, and featured female and male games between Ecumenical High and Delille Academy. In the female results, Ecumenical & Delille ended up in a 2-2 tie. Goal scorers for Delille were Shanell Thomas & Taryn Arnold; and for Ecumenical, Shendra Casimiro & Jacquelin Cacho. In the males, Delille won over Ecumenical, 2 goals to nil. Eldon Martinez & Tyler Peters scored for Delille.

The tournament continues on Monday, January 20, with 2 games scheduled. The opener at 2:30 p.m. will be Game 2 of the 5-game series between the females of Delille and Ecumenical. The nightcap game at 3:30 p.m. features the males of Delille vs ANRI. Delille will host on Monday.

As our Griga Dream Ballers basketball team is getting ready & all hyped-up and ready to go once again to represent much stronger in this 2020 NEBL season, they are now on intense training to remain contenders once again. Our Griga Dream Ballers’ home opener will be next week Saturday night, January 25, inside the new, cool atmosphere of the Russell Chiste Garcia Auditorium. Tip-off time is set for 8:00 p.m.