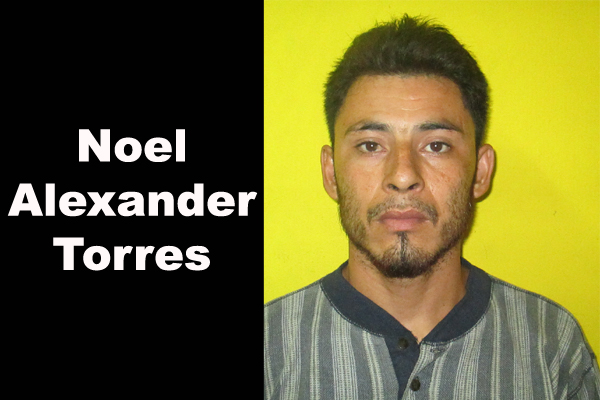 Police say they have a strong case against Noel Torres, 29

The man who police suspect murdered popular entertainer and the 2011 KTV karaoke champion, taxi driver Daniel Aguirre, 37, of San Martin, Belmopan, has been charged with his murder.

Noel Alexander Torres, 29, of Antelope Street Extension, Belize City, but originally from the Teakettle area of Cayo, was returned to the Belmopan Magistrate’s Court after being sent to the Belize Central Prison last week.

Torres is presently serving five years of an 11-year prison sentence handed down to him on Wednesday, September 11, by the Belmopan Magistrate’s Court when he appeared before Magistrate Aretha Ford and pleaded guilty for possession of a firearm and ammunition without licenses, and handling stolen goods after he was found on Monday in possession of a licensed firearm that belonged to Daniel Aguirre, a popular taxi operator found burned to death in his car, which had been set on fire.

Aguirre’s body was found at about 5:00 Saturday morning, September 7.

Police said that Torres, who was arrested by police while sleeping at his home on Antelope Street Extension in Belize City at about 1:00 Sunday morning, was returned on Monday to Belmopan, where he cooperated with them in their investigation. Police said he led them to his relatives’ home in Arizona, a settlement in Teakettle, where he handed over the stolen firearm, which he had stashed in the outdoor latrine area of the yard.

When Torres handed over the gun, it was loaded with 20 live rounds. He also reportedly helped police to recover a butcher knife, which police believe was the murder weapon.

Three persons were in the house – Torres’ uncle, aunt, and cousin, and they also were arrested and charged with the offense of keeping an unlicensed firearm and ammunition. They were remanded to prison until December 12 when they were taken to court along with Torres on Wednesday. It is expected that charges will be withdrawn against them when they are returned to court.

After concluding their investigation into Aguirre’s murder, police forwarded the file to the Director of Public Prosecution, Cheryl Lynn Branker-Taitt Vidal, for her perusal and directive. That directive was handed down, and the suspected killer was charged for the death of Daniel Aguirre.

The DPP, however, indicated to police that there were no “I see” witnesses to the murder, but the strength of the warrant was based on the suspect’s confession. Police have said they are confident that the prosecution will get a conviction, because Torres participated fully in the recovery of the weapons, and confessed to the crime.