Home Sports Darwin “Puppy” Leslie was huge in victory against his former team in...
Sports 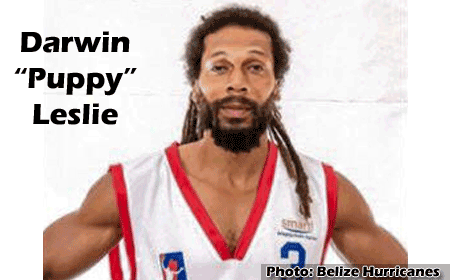 SAN IGNACIO TOWN, Sun. May 1, 2016–On Friday night, two-time defending champions, San Pedro Tiger Sharks traveled to Belize City to face off against their opponents, Smart Belize Hurricanes, in game 1of the NEB Finals. This is the third straight finals appearance for San Pedro Tiger Sharks, and the first for Smart Belize Hurricanes, as both teams are shooting for the NEBL championship. As game 1 tipped off, Smart Belize Hurricanes jumped out to an early lead, ending the first quarter with an 18–16 advantage. At halftime, the Hurricanes still maintained a marginal 31–28 lead. In the third quarter, there were many lead changes and ties, until the Hurricanes extended the lead to 9 points at the end of the third quarter, to take a 63-54 advantage. In the middle of the fourth quarter, San Pedro Tiger Sharks was able to cut the lead to three points, but the home squad then extended the lead down the stretch, to secure game 1 of the best-of-three finals, with a score of 93–84.

Game 2 of the NEBL finals will tip off on Saturday, May 7, at the San Pedro High School auditorium, out on the island. The two-time defending champions are in a must-win game, if they want to send this series to a third and decisive game. A win by Smart Belize Hurricanes will give them the NEBL 2016 Championship, their first championship in franchise history.

All games can be followed live on our website at nebl.sportingpulse.net, with real time box scores, while the game is being played. The website also has all game scores, box scores, players’ and teams’ statistics, along with standings for the season.