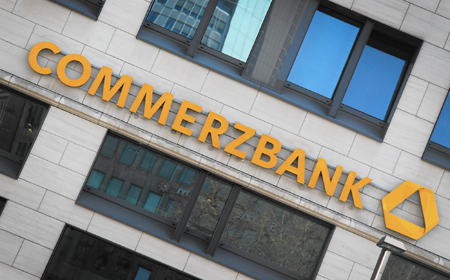 BELIZE CITY, Thurs. Feb. 4, 2016–Since early last year, the alarm was sounded that the decision taken by US banks to cut off their relations with Belize banks could have dire consequences, and that was underscored in a report recently released by Moody’s Investor Service, a well-known international agency.

Dubbed “Loss of Correspondent Bank Services Compounds Existing Economic and Fiscal Challenges,” the report, authored by a team of Moody’s analysts: Jaime Reusche, VP-Senior Analyst; Mauro Leos, VP-Sr. Credit Officer; and Anna Snyder, Associate Analyst, warns that although de-risking would not likely lead to a trade collapse, it could, nevertheless, have a major impact on Belize’s economy.

It added that, “Of the five domestic banks in Belize, only two smaller banks, Scotiabank and Atlantic – would retain correspondence with other top-tier banks for US dollar transactions, including wire transfers, bank drafts, letters of credit, bank guarantees, and credit card transactions.”

“The loss of correspondent banking services initially only affected Belize’s (Caa2 stable) offshore banks but has spilled over into the domestic banking sector and could have a strong negative impact on tourism, trade flows and overall economic activity,” the report said.

De-risking could also hurt government finances and derail efforts to narrow the fiscal deficit, the Moody’s report noted, adding that it could, if the shock is substantial enough, sink Belize into deeper debt.

It additionally warned that “…stress on the financial system could lead to a substantial increase in cash-based transactions and an expansion of the informal sector, which would weigh on tax revenues and fiscal, performance.”

The Moody’s report stated, “The Central Bank [of Belize] estimates that roughly 60% of total tourist expenditures involve credit card transactions that have to be settled by correspondent banks. In the wake of Bank of America’s withdrawal, local banks were able to set up US credit card settlement services with a small New York-based bank. However, we think it is likely this small bank will rescind its settlement services in the next few months due to pressures from US-based regulators.”

Bank of America pulled out in 2015, and Commerzbank has announced that it too will cut correspondence within a few months unless a second top-tier bank is identified to process correspondent services, the report said.

The report said that Belize does not need to fear a collapse of trade finance. Such a collapse, said the report, seems unlikely because the Central Bank and one or two foreign subsidiaries will continue to be able to process foreign exchange transactions in Belize.

In 2014, US banks began to cut off Belize offshore banks, but the severing continued with onshore banks. As things continue to deteriorate, most of Belize’s banking sector could be adversely impacted, but the report notes banking sector officials and the Central Bank of Belize have been working towards a fix.

Earlier this week, Prime Minister and Minister of Finance Dean Barrow returned to Belize from a Washington mission, in an attempt to speak with banking regulators there about what he has termed as an “existential threat” to Belize. Barrow returned with an assurance from US regulators that the US regulators do not have a problem with the Belize jurisdiction. They also indicated that bankers should not scapegoat regulators by saying that it is the regulatory burden that has triggered them to cut correspondent banking relations with Belize.

However, the Moody’s report also points to regulatory pressures on US banks. “Their risk/return analysis is stacked heavily against doing business in Belize given the threat of large fines by US regulators… To avoid the prospect of heavy fines from operating in riskier jurisdictions, US and European commercial banks are disengaging,” said the report.

It added that, “As a result, 80% of Belize’s banking system is likely to lose correspondent and credit card settlement services by mid-year 2016.”

The loss of correspondent banking relations is the last thing Belize needs right now. Moody’s points out that, “These challenges compound a confluence of risks in 2017-18…” such as “…depletion of proven oil reserves, end of preferential EU sugar export quotas by 2017, and prospects of enlarged fiscal and external account imbalances.”

As a last resort, the Central Bank, which still maintains relations with Bank of America, can and has agreed to receive and send wires on behalf of its domestic banks, but it is unlikely that the Central Bank could handle all the transactions which are routinely done by the domestic banks.

Moody’s noted that although Belize authorities are “actively seeking ties with other foreign correspondent institutions,” under current legislation, there are no commercial incentives for top-tier foreign banks to reestablish these services with Belize’s domestic banks.

Belize’s strategy is to look for smaller banks to step in the gap. Barrow had indicated on Monday that the alternative being pursued is a tier 2 bank, but he declined to name the bank, saying that they were still in negotiations.