Death came in a skiff! 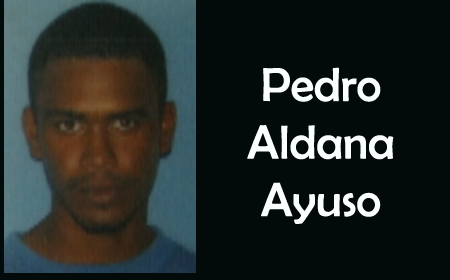 BELIZE CITY–Pedro Aldana Ayuso, 29, a well-known fisherman and a father of three children, with a baby on the way, was gunned down while traveling home in a boat on the Haulover Creek near BelCan Bridge at about 7:00 Tuesday evening. His family cannot understand why.

Police say that Ayuso had just dropped off a friend, the owner of the boat he was using, at Conch Shell Bay and was heading back home on the Haulover Creek, upon reaching the BelCan Bridge area, a boat came from behind and someone in the boat fired at him.

Ayuso was shot in the arm and abdomen. The other boat that contained his shooter reportedly circled and travelled back towards the BelChina Bridge and disappeared.

Because Ayuso was on the floor of the boat, the untended engine began to spin the boat around, and it drifted to the left side of BelCan Bridge, near the Farmers Market, where people, who were alerted by the gunshots, went to the scene and saw him lying injured and bleeding in the boat.

Police took Ayuso to the Karl Heusner Memorial Hospital, where he was declared dead on arrival.

Pedro Ayuso Sr., Ayuso’s grieving father, said that Pedro was his only son and his assistant, and he noted that Ayuso was calm in temperament and not involved in crime.

On his arrival, Pedro was shown a photograph by police to identify, and he identified the photo of the person as his son, Pedro. He then was told that there had been a shooting.

Police said that the motive for the murder is unknown. Ayuso Jr., they said, was not known to them and they have launched an investigation into his murder.

The body has been deposited at the morgue, where it is to undergo a post-mortem to certify the cause of Ayuso’s death.

As of press time tonight, police say that they have no suspect in custody, and are still investigating the murder.