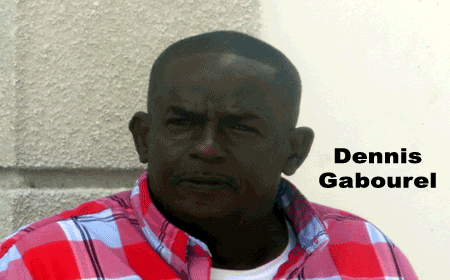 BELIZE CITY, Thurs. Mar. 17, 2016–The Court of Appeal this morning dismissed the appeal of Dennis Gabourel who was convicted in the Supreme Court on an indictment of grievous harm and was sentenced to pay a fine of $10,000 by trial judge Justice John Gonzalez.

Gabourel’s attorney, Simeon Sampson, SC, had appealed the fine on the grounds that the grievous harm sustained by the victim came about as a result of an accident.

Instead, the Court of Appeal affirmed the previous ruling of the Supreme Court.

In his argument, Sampson argued that his client acted in self-defense, stating that Gabourel took a defensive position and the complainant fell and caused injury to herself. Sampson went on to say, “If this version was put to the jury, the jury would have been in a better position to evaluate the merits of the case.”

Cheryl Lynn Vidal, Director of Public Prosecutions, the respondent representing the Crown, pointed out, however, that there is a difference between self-defense and an accident. Where the appellant claims that he moved out the way and the claimant fell would constitute an accident and cannot be seen in the light of being self-defense at the same time, she said.

Court of Appeal judge, Manuel Sosa, asked Sampson if he was seeking an appeal against the sentence. Sosa further informed him that in order to seek an appeal for a sentence, he would have to “pursue an application of leave.”

Sosa said, “There is not automatic appeal against sentence; one has to seek leave and if leave is not sought, that is the end of the matter.”

Sampson referred to Ireland vs. The Queen 1988, as a case to be used as a precedent. However, Vidal contended that the facts in the Ireland case are different from those of the case before the Court; therefore, it should not be applied.

Sosa then said, “What we see here is not a defensive measure, but rather an evading measure.”