Home Highlights Disgraced John Saldivar apologizes to Cabinet and to the general public for...
Highlights 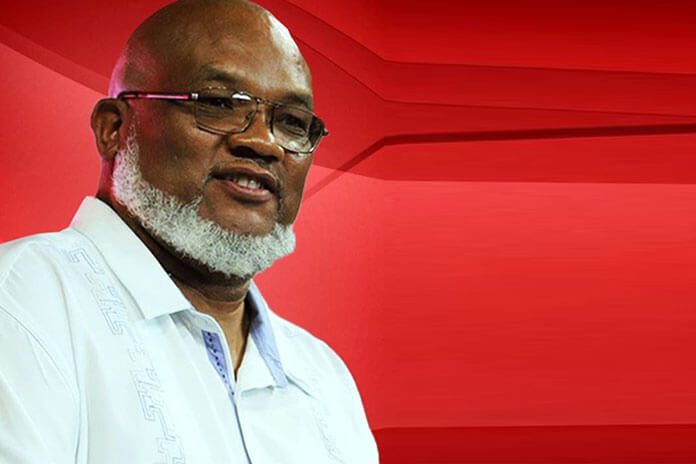 BELIZE CITY, Fri. Feb. 14, 2020– Five days after he won the United Democratic Party (UDP) race for leadership of the party (a post —as party leader— from which he would resign in less than 72 hours), the disgraced Belmopan area representative who resigned from Cabinet yesterday, Thursday, issued a lengthy press statement late this evening, in which he admitted to accepting “campaign contributions” from Lev Dermen, but claimed to have done nothing wrong.

In the wake of the emergence of text messages that were exchanged between John Saldivar and Jacob Kingston, a convicted fraudster who is testifying in the trial of Lev Dermen in a US district court in Salt Lake City, Utah, Saldivar is now advancing the claim that the text messages that were shown to the jury hearing the fraud case were manufactured.

Saldivar, however, has for a long time now dodged the media, not making any attempt to offer his “side of the story” of events that were put in motion after the surfacing of allegations that have seemingly damaged his political career and given a black eye to the country’s reputation.

This is what Saldivar had to say about the text messages that proved to be his undoing: “The actual text messages of conversations purportedly between Jacob Kingston and myself have now been published in the local media. I categorically state that those messages do not appear to accurately reflect my recollection of any conversation with Jacob Kingston.”

It’s understandable that you can forget what you said, but why would US prosecutors, who have collected 50 terabytes of data on their investigation of the Washakie fraud case, bother to falsify a phone conversation between Saldivar and Kingston that happened 6 years ago?

Saldivar goes on in his statement to write: “Mr. Kingston’s credibility as a witness is highly questionable, and expert scrutiny of the text messages reveal serious discrepancies that creates high suspicion of being deliberately manufactured. Be that as it may, I feel it is time to tell my story.”

In the US criminal justice system, witnesses who testify in court and are found to be untruthful suffer the penalty of perjury. Kingston’s assistance that he is providing to prosecutors is liable to land him in prison for about 30 years. So what motive would Kingston have to lie, knowing that lying could add more years to his prison sentence?

“I have always maintained that I was never, ever bribed by Lev Dermen, I was never a part of any discussion to move any money from the United States to Belize, and I never involved myself in any act of corruption or wrongdoing,” Saldivar insisted.

“This is what I have said repeatedly in all my public releases,” Saldivar continued. “I was always careful not to say that I did not receive any cash because I knew that I did receive campaign contributions from Lev Dermen, just like many other politicians on both sides of the aisle who knew Lev Dermen. These contributions were not tied to any favor or quid pro quo; hence, were not illegal or improper.”

Saldivar never explained, however, why he was pushing for Dermen to get a Belize diplomatic posting after the US had objected to any consideration of Dermen for such a post.

“Jacob Kingston himself has testified in one instance of campaign contributions, and in another instance, was unable to say the reason for the monies. At no time in his testimony has Kingston referred to bribery in connection with any monies he claims to have given to me or to have seen given to me. The media and others are ignoring this fact,” said Saldivar.

“The question would then be, why did I not say this from the outset? Well, I was in the middle of a heated battle for the leadership of my Party, and if I had disclosed this information, I would have been removed from Cabinet and I would have had to withdraw from the race. Patrick Faber would have been declared the winner, and that would have left all of my colleagues demoralized and exposed,” Saldivar continued in his rationalization.

“My failure to disclose was a mistake and I deeply regret it. I should have opted to make full disclosure to Cabinet and to the public from the outset. This mistake was unnecessary and avoidable, since there was nothing wrong or illegal about receiving campaign funds,” Saldivar said.

Saldivar went on to state, “Today, I apologize to Cabinet and to the general public for this poor judgment; however, I repeat that I have not been the beneficiary of any bribe nor the participant in any corrupt deal and there has been no testimony to the contrary. I have already resigned from Cabinet to stave off the mounting pressures on my government and Party.

“In the ensuing days I will be consulting with my constituents and my colleagues to determine the way forward in my political career. I still have the desire to continue to serve my people, as I have done nothing wrong in receiving monies to service my constituency.”