Home General Disgraced John Saldivar defends his “dutty” money in Parliament from the back...
General 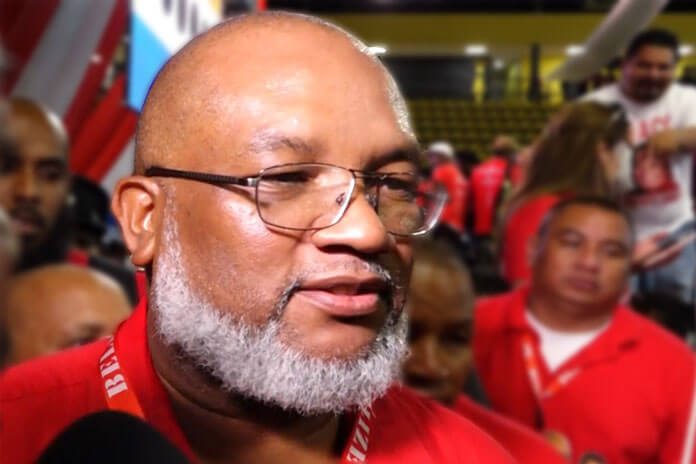 According to information in the Utah trial, Saldivar told Lev Dermen that he wanted the money to fund campaigns for himself, and other unnamed politicians, then he told the House that the funds were for sports. Which is it?

BELMOPAN, Thurs. Mar. 5, 2020– Based on the way the Belmopan area representative, Hon. John Saldivar, carried himself during today’s House of Representatives sitting, one could easily mistake him for someone else, other than the disgraced United Democratic party leader-elect, who was forced to step down in less than 72 hours after evidence in the Lev Dermen fraud and money laundering trial in Salt Lake City, Utah, implicated him.

Saldivar’s exposure also led to his resignation from Prime Minister Barrow’s Cabinet, and he is now the subject of a criminal probe in Belize.

From his new seat as a backbencher in his party, the once powerful Minister of National Security was most disruptive and disrespectful of the parliamentarians on the Opposition side of the House. His most spectacular statements, however, came during the Opposition PUP’s No Confidence Motion debate.

In text messages that were exchanged between Saldivar and convicted fraudster Jacob Kingston, Saldivar begged for monies that Lev Dermen had promised him — monies that he said were to be used to finance the political campaign for himself and other members of his party who had won their conventions.

When Kingston asked him how much money he should send, Saldivar replied $25,000, and added that he (Kingston) might as well send the March tranche, bringing the total to US$50,000 that he arranged to pick up in Miami.

During his presentation on the motion, however, Saldivar changed his tune, telling the House that the money was for helping footballers and sports personnel. Not once did he mention campaign contributions, which, according to the text message exchange between him and Kingston, was what Dermen gifted the monies for.

“I go out there on a daily basis to try to raise funds to help my youth, and that, Madam Speaker, can never be classed as corruption,” Saldivar said in his best self-righteous-sounding voice.

The “dutty money” that Saldivar picked up in Miami was Lev Dermen’s campaign contribution, apparently for political favors. Dermen, who had obtained a Belize nationality certificate under questionable circumstances that still need to be investigated, wanted Belize diplomatic status—the post of Consul General in Las Vegas, specifically.

When the name Lev Dermen was proposed for the consul post, however, the US Department of State objected.

Saldivar, however, would not let the matter rest there. Saldivar approached the Minister of Foreign Affairs, Hon. Wilfred “Sedi” Elrington, asking him if he could do anything to help Dermen, but there was nothing that Elrington could have done to assist Saldivar after the US had objected to someone that Belize was proposing.

So, the Lev Dermen quest for Belize diplomatic status died a natural death and was only resurrected when the scandal broke after the evidence surfaced in the Salt Lake City money laundering and fraud trial in early February.

Clearly, Saldivar lied to Prime Minister Barrow when he denied, in Cabinet, getting money from Lev Dermen, and today, Saldivar appeared to have lied to the honorable House of Representatives.

Assistant Commissioner of Police Marco Vidal confirmed to 7News that he is conducting a criminal probe of Saldivar to determine if any laws were broken in the matter relating to Dermen.