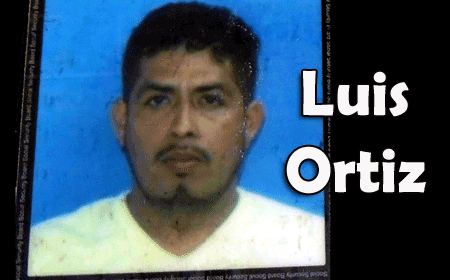 Sergeant Marla Joseph, the Deputy Commander of Roaring Creek Police Station, told Amandala that they had received information at approximately 3:00 a.m., regarding a fight in front of the Roaring Creek Cemetery.

Acting upon the information, Joseph said, they visited the area and found Jose Gonzalez, 40, suffering from injuries to his head and abrasions to the back.

However, three other men jumped in the back seat of Ortiz’s green 1999 Chevy Prism vehicle, where Gonzalez was seated, Gonzalez said. Upon reaching in front of the Roaring Creek Cemetery, Gonzalez said, he and Ortiz were assaulted by the men, who then threw Gonzalez out the vehicle and continued beating him and left him to die in the bushes off the highway.

Afterwards, Ortiz was abducted by the assailants in his vehicle, the police report said.

According to a police report dated today, Monday, “Gonzalez was taken to the Western Regional Hospital, where his injuries were classified as wounding.”

Later, at approximately 5:00 a.m., police visited Young Bank in Camalote, Cayo District, where they found the vehicle almost immersed in the Belize Old River, near the Agripino Cawich bridge, where the old ferry was located, Joseph said.

Police revisited the area at 10:30 a.m., Joseph said, at which time they retrieved Ortiz’s body, which had chop wounds to the left eye and to the head. The body was taken to the Western Regional Hospital, where Ortiz was pronounced dead on arrival, the police report said.

Police have six persons detained for questioning ranging from ages 19 to 48 years old. One is a resident of Young Bank Road, Teakettle, while the other five are from Roaring Creek.