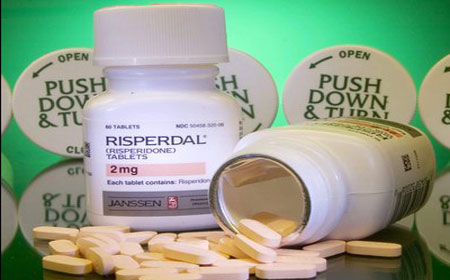 BELIZE CITY, Wed. Apr. 8, 2015–The Cayo Consumer Association has successfully lobbied for urgent intervention by the Ministry of Health to address the scarcity of first line medication used to treat thousands of mental health patients in the country, many of whom suffer from schizophrenia and who have traditionally been administered Risperdal to treat their condition.

We were advised this evening that the San Ignacio Hospital, which had been experiencing a shortage of the medication since last December, is being supplied with 78 pills, while the Western Regional Hospital in Belmopan will receive 500 pills. This supply is nowhere near enough to meet the current demand.

Speaking with Amandala this evening, the Chief Executive Officer in the Ministry of Health, Dr. Peter Allen, said that he had not yet received any correspondence on the matter from the Cayo group, and he was only advised of the drug scarcity this Monday, when it was broadcast on local media.

He told us that he then arranged to determine whether there was any government facility which had a surplus which could be dispatched to the other zones that had been experiencing a scarcity.

According to Allen, the Northern Regional Hospital’s surplus was dispatched to places like Belize City and Cayo, and so today all zones are receiving a supply of Risperdal, which should meet current needs until an emergency supply arrives in the country on Friday.

Yesterday, the Ministry of Health advised us via e-mail that an urgent request has been made to Salud Secretariat de Quintana Roo (Mexico) to provide an emergency supply to Belize, and while that supply was originally slated to arrive in the country today, Wednesday, they were later advised that it would take a couple days longer to get here.

The Ministry of Health also advised us yesterday that it only had one psychiatrist serving the entire country – Dr. Claudina Cayetano, but Allen told us that since Dr. Cayetano has moved on to a job with the Pan American Health Organization (PAHO), the Ministry has hired 6 psychiatrists, who are working in the various zones and seeing many more patients. As a result, the demand for psychiatric medications has skyrocketed by 60%, according to the Ministry of Health.

Today, we requested more data from Allen, who informed us that in 2013, for example, there were just under 12,000 consultations by mental health patients, but in 2014, that number rose to almost 14,000.

He also told us that the number of patients being seen for schizophrenia increased from around 5,000 to about 6,000 over the same period. These are notably the bulk of the mental health cases.

Amandala is reliably informed that in the Belize City area alone, there are more than 1,000 people being treated monthly for mental disorders. There are 8 clinics countrywide, but the Belize City treatment facilities handle the bulk of patients, which include patients from the rest homes, the prison, and the Youth Hostel, as well as the Karl Heusner Memorial Hospital.

We note that because the supply of Risperdal has been low, patients were being administered Haldol, an alternative drug which has more side effects that limit the capacity of some patients to function normally. A medical practitioner explained to us that side effects commonly seen in such patients include drooling, muscle stiffness that impedes the flow of movement, and involuntary movements. A corresponding drug is sometimes administered to reduce the side effects.

The preferred medication, Risperdal, is said to have fewer side effects and allows people who live with schizophrenia to function more normally. The drug is also used to treat bipolar patients.

Although there are reports in the international press of cases where male patients on Risperdal have developed abnormally large breast tissue, which has caused some to require corrective surgery, a practitioner we spoke with here said that while the side effect can occur, it has not been observed among patients known to receive the drug in Belize.

Dr. Allen expressed regret for what he said was a lapse in the information chain which caused the scarcity to occur at some of the health facilities without his knowledge; and he assured us that the Ministry of Health has not changed its treatment protocol for mental patients. Allen said that the Ministry remains committed to supplying the most modern of the mental health treatment drugs, which patients do not pay for when supplied by the public health centers. Allen conceded that the second tier drugs which have been available do have more side effects than Risperdal.

Our newspaper has received information from contacts in the sector that the scarcity has been persisting for several months, and that it actually became worse in February, and leading up to the end of the fiscal year, which just concluded on March 31, 2015.

Incidentally, World Health Day was celebrated on Tuesday, April 7, and the dearth in supply of drugs for mental health patients was again flagged by the Cayo Consumer Association as a priority issue for the Ministry of Health to address.

CEO Allen told us that at the end of the fiscal year, the contracts, which ran for two years in the last instance, were ending and suppliers delivered their last contracted amounts to the government. He said that new contracts were issued at the start of March, and it usually takes suppliers about 4 to 6 weeks to get their meds in-country. The Ministry expects that those bulk supplies should begin arriving next week.

Allen told us that because of the lacuna in supply, the Ministry of Health has had to make alternative emergency arrangements, which it did with the aforementioned Mexican supplier.

He told us that the usage rate for Risperdal has nearly doubled what they had predicted at the start of the contract cycle. The approved budget for the purchase of Risperdal for the new fiscal year (2015-2016) is $100,000, Allen told us.

He told us that he does not know if the use of Haldol will be discontinued, because different psychiatrists may decide to prescribe it for some treatments based on individuals patients’ tolerance levels, so Haldol could remain an alternative drug for certain mental health patients.

Amandala has also been advised that similarly, some patients who live with diabetes and hypertension have been having a hard time getting their prescriptions filled for drugs like amlodipine, a drug which is used to improve blood flow; however, when we queried that report, the Ministry of Health told us that the matter is being investigated.

Allen did tell us, though, that apart from medical professionals seeing a rising number of mental health patients, they are issuing more prescriptions for patients with diabetes, hypertension and other chronic diseases and dispensing more meds – nearly double what was being administered four years ago.

The CEO told us that apart from funds available for medications in the recurrent budget for the Ministry of Health, they also get Capital III budgetary support from agencies such as PAHO, the Inter-American Development Bank (IDB), the Japanese, the European Union, and other such partners to purchase medication and other supplies, as well as equipment. He told us that the Ministry of Finance has always supported them when they made a case for additional funds.

Allen said that they are happy when there is a consumer group such as the one out of Cayo to apprise them of such issues as a shortage in the supply of meds.

He told us that the World Health Organization, PAHO and the Ministry of Health believe that by the year 2020, mental health issues will be among the greatest burden of diseases on society, as the numbers keep increasing.

He laments the level of stigmatization still faced by mental health patients, which makes some people hesitant to come forward for help.

The truth of the matter is, everybody will know somebody who has been a victim, the CEO said.

BELIZE CITY, Thurs. Feb. 25, 2016--The national budget is due to be presented in Parliament in the coming weeks. There will be much debate...
Read more
Features

BELIZE CITY, Tues. Jan. 27, 2015--A brand new Breast Cancer Diagnostic Unit, which was made possible through a donation by international partners of the...
Read more
Headline

BELIZE CITY--Lucia Martinez, 18, the mother of a 1-month-old baby, is lucky to be alive after a cotton swab was left in her body...
Read more
- Advertisment -