Drug plane touched down on Sarteneja airstrip and is destroyed 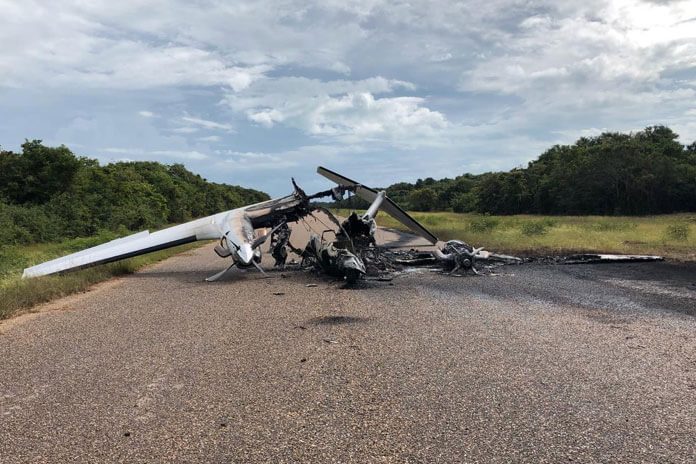 BELIZE CITY, Mon. Dec. 16, 2019– In this morning’s early hours, a twin engine aircraft made an illegal landing at the Sarteneja Airstrip in the Corozal District. The aircraft, which left South America, was tracked until it reached Belizean airspace, then it disappeared, and only its shouldering remains were found after daylight had set in.

Belize police were notified about the aircraft entering into Belize airspace on Sunday, but apparently, Belize law enforcement authorities were given the slip and by the time police arrived at the scene of the burning aircraft, only some items were recovered.

ACP Joseph Myvett, Head, National Crimes Investigation Branch, told the media today, “It would have been more or less the same as the last one, which was that about three-fourths has been destroyed, and it was still engulfed in flames when the police arrived at the scene.”

Myvett was asked if there is any truth that the drugs that were on the plane were transferred to Mexico by sea.