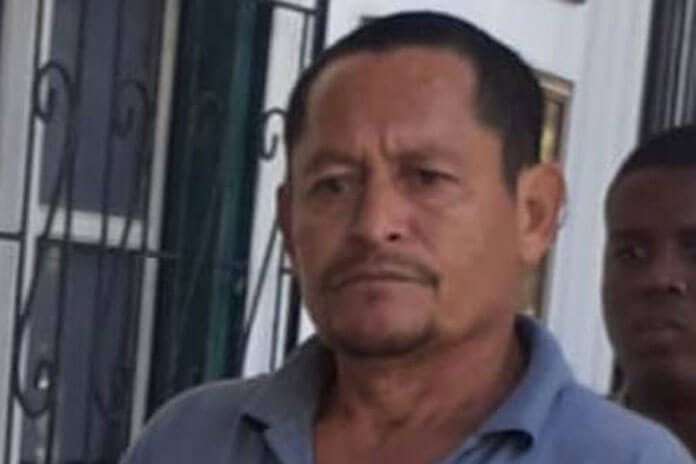 BELIZE CITY, Wed. Nov. 27, 2019– Salvadoran national Efrain Beltran Martinez, 55, who was charged with the murder of Guatemalan national Elmer Salazar, 43, was committed to stand trial in the January session of the Supreme Court, which will commence on January 21, 2020, after a preliminary inquiry was held today by the Chief Magistrate, Sharon Fraser.

At the inquiry, the prosecutor, Corporal Chris Smith, submitted 18 witness statements that the Crown intends to rely on at the trial.

Smith also submitted video footage of the incident and other documentary evidence.

Martinez, who was not represented by an attorney, was asked if he had any alibi witness or witnesses whom he wished to call, and was told to submit their names and addresses if he had any.

Martinez said that there are witnesses he would like to call, but he could not remember their names. He was told by Chief Magistrate Fraser that he has 7 days (from November 27) to submit the names of his witnesses.

The murder occurred on January 28, 2019, at Belize Marine and Mooring Services, located at Mile 4 ½ on the George Price Highway. According to what the police reported, Salazar, a construction worker employed by Belize Marine and Services, was at his job site when there was an exchange of words between him and Martinez, a former employee.
Martinez then allegedly took a machete and fatally chopped Salazar several times on his neck and other parts of his body.