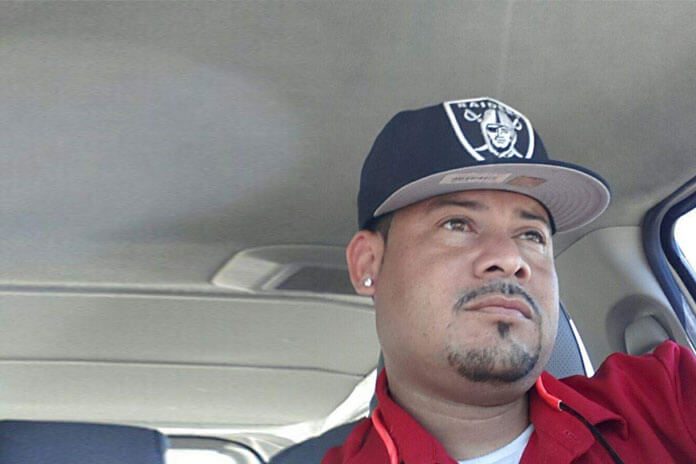 TEAKETTLE, Cayo District, Thurs. Nov. 14, 2019– Ernesto Lewis Jr., 33, of Ontario, Cayo District, is in a critical condition at the Karl Heusner Memorial Hospital after suffering massive head and body injuries during a collision on the “S Curve,” between Miles 54 and 55 on the Western Highway in Teakettle at about 7:30 Tuesday night.

Police said that Lewis was driving his car from Ontario to Belmopan, but when he reached the S Curve, he crashed into a freightliner truck that was coming from the opposite direction. The car ended up under the truck.

Residents of the area believe that due to gravel on the road, the truck driver lost control and the truck veered into the car’s lane. Residents of the area said that they heard a loud bang, and they went out to see what had happened. They saw the driver in the car, which was under the truck, and he was unconscious, and apparently, had trouble breathing.

They wanted to position him on his back so that he could breathe easily, but it was impossible because the doors of the car could not be opened.

A pickup was used to pull out the car from under the truck.

They then got a chain, mounted it on a van, and pulled the door of the car open, but the driver still could not be recovered because he was still wedged in the car wreck. A short time later they managed to pull the wreck apart sufficiently to take him out, and then rushed him to the Karl Heusner Memorial Hospital for further treatment. He was admitted in a critical condition.

He had suffered multiple bone fractures, among other injuries.
Police said that the driver of the truck has been issued with a Notice of Intended Prosecution.