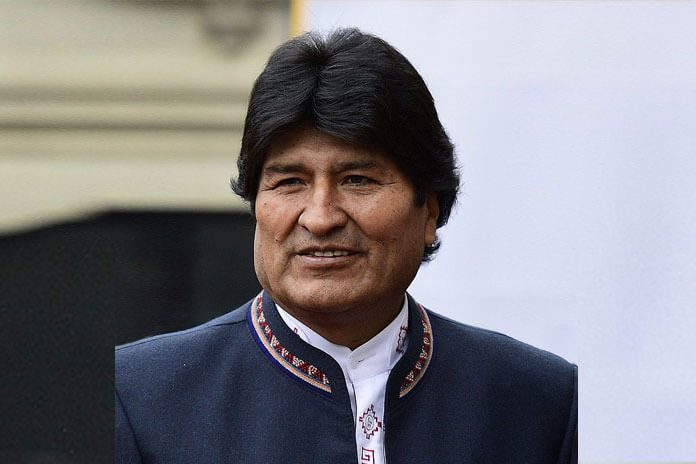 BELIZE CITY, Mon. Nov. 11, 2019– President Evo Morales of Bolivia and his Vice President resigned yesterday, Sunday, after he addressed the country in a televised statement. Morales, a socialist, was elected as the 80th president of Bolivia in 2005, and ushered in number of socialist policies that helped to alleviate poverty.

Last month Bolivia plunged into protests, following the results of the presidential election in which Morales was declared as the winner.

The end came quickly for Morales, the first indigenous president of Bolivia and a former coca grower, after the Organization of American States (OAS), which had monitored the October 2019 election, said that there was evidence of fraud, casting Morales’ election legitimacy in doubt.

Morales’ popularity soared in the early years when he mounted policies to make Bolivia less dependent on the World Bank and the International Monetary Fund.

Morales implemented policies that would contribute to massive reduction of poverty in Bolivia. Under Morales’ leadership, Bolivia, which is said to be the poorest Latin American country, saw unprecedented economic growth.

Morales began to lose popularity among his supporters after he defied a presidential term limit and offered himself to run for a fourth term.

On the night of the October 20 election, Morales did not have the 10 percent lead that should have put him over the hump to avoid a run-off election. For 24 hours, there was no result from the election, and when the results were finally announced, Morales emerged as the dubious winner.

Then on Sunday, the Organization of American States announced its election findings. The OAS report on the election detailed widespread election fraud and serious irregularities.

Aljazeera quoted Jim Sultz, the Executive Director of the Democratic Center as saying, “There was significant evidence of fraud.”

Following the OAS announcement of its election findings, the Bolivian military decided that they would side with the protesters. That appeared to have been the straw which broke the camel’s back, as far as Morales remaining in power. Prior to the OAS report, Morales was prepared to ride out the storm of the protesters.

The events in Bolivia and the fall of Morales did not escape the attention of US President Donald Trump. In a statement, Trump remarked, “After nearly 14 years and his recent attempt to override the Bolivian constitution and the will of the people, Morales’s departure preserves democracy and paves the way for the Bolivian people to have their voices heard.”

Venezuela, Mexico, and Nicaragua have all characterized the fall of Morales as a “coup.” Mexico has offered the 60-year-old Morales asylum. The Mexican Foreign Minister said at a news conference that Morales should be allowed safe passage under international law to exit the country.

Other South American countries have urged calm in Bolivia.

Under the Bolivian constitution, Jeanine Anez, the Senate’s second vice president and an opposition leader, is next in line to succeed Morales.

Anez flew into the capital La Paz and said that she would be willing to take over.
Anez will have call new elections in 90 days.

Defiantly, Morales said on Twitter, “It pains me to leave the country for political reasons but…I will be back soon with more force and energy.”