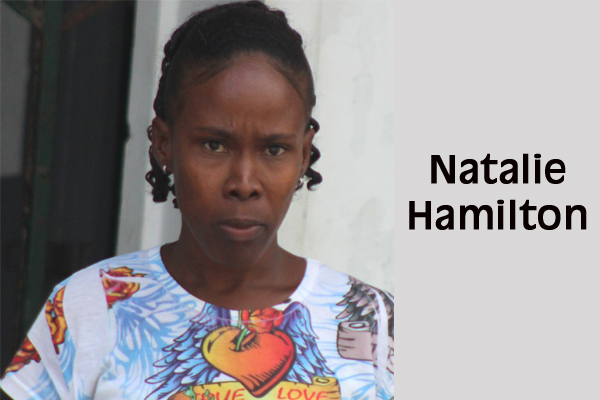 A former Belize City Council Special Constable was busted on Wednesday when she went to the Kolbe-managed Belize Central Prison to visit her boyfriend and was found in possession of 0.3 grams of cannabis.

The former Special Constable, Natalie Hamilton, 31, a resident of Periwinkle Street, appeared before Magistrate Leslie Hamilton, who arraigned her on the drug possession charge.

Hamilton pleaded not guilty and was released on $500 bail plus one surety in the same amount.

Hamilton had gone to visit Gyon Bernard, a remanded prisoner who has a number of cases pending in court, including two counts of attempted murder.

When prison guards conducted a search of her they found the marijuana that they believe she was attempting to smuggle to Bernard.

Shortly after she was sworn in as a Special Constable, Hamilton was charged last year September with aggravated assault upon a minor during an altercation on Independence Day, when she allegedly pulled a knife on the minor.

That charge is no longer before the court. It was withdrawn by the virtual complainant.