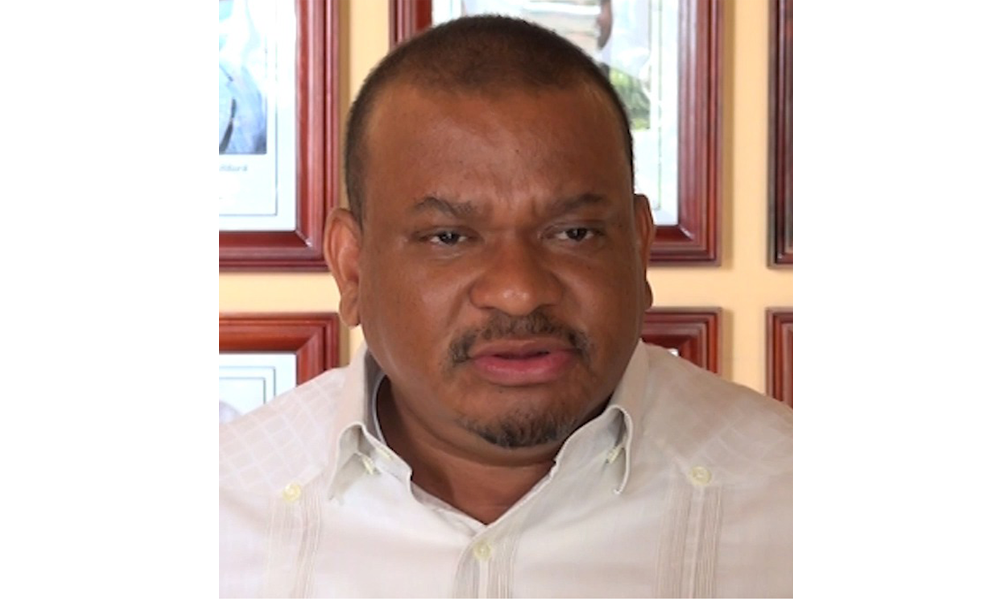 During interviews on Monday following the most recent meeting of the House of Representatives, Collet area representative, Hon. Patrick Faber, and Leader of the Opposition, Hon. Moses “Shyne” Barrow, were unrestrained in expressing their disregard, and in fact, animosity, toward each other. The two UDP parliamentarians have been at odds for over a year, with the tensions between them possibly starting in 2021 after Barrow supported an attempt to recall Faber from his then post as UDP leader, and certainly intensifying when Barrow, via a parliamentary maneuver that involved a submission of a letter to the Governor General, took Faber’s position as Opposition Leader in the House. A number of shakeups have taken place since then, with Faber briefly reclaiming his UDP leader position before having to resign because of domestic abuse claims and ultimately being replaced as the UDP’s standard bearer in the Collet division, but the jostling between Barrow and Faber has continued—with power plays from both sides to destabilize the standing of the other within the UDP. The result has been a deeply fractured party.

On Tuesday, we reported that Faber has indicated his willingness to run as an independent candidate if the UDP denies him the opportunity to represent the party in the Collet division, in which he has been elected as area representative five times. A former supporter, and subordinate of Faber, however, Ian Jones, has been endorsed as the standard bearer for the division in what Faber considers an illegal convention.

According to Faber, the process which led to the endorsement of Jones violated the UDP’s constitution and its by-laws for the holding of conventions, since it is the executive committee of a constituency that should call a convention for that division.

“The constitution of our party and the by-laws that governs constituency committees are very clear—that it is that committee, the executive committee that should decide when a convention is held and should preside over the convention. So they can’t call something at UDP office and claim that they will put something in place, a new committee—completely wrong, completely illegal by our party’s standards, but nobody cares,” he said.

Faber told local media that on November 10 the Collet executive committee sent a letter to UDP Chairman Michael Peyrefitte which indicated that the executive committee for the Collet division does not support the endorsement of Ian Jones. The letter was signed by 18 persons, Faber claims. But according to Faber, Peyrefitte did not reply to the letter, and the convention for Jones, and his subsequent endorsement, nonetheless took place.

What took place in the Collet constituency, according to Faber, is reflective of the way decisions are being made on other matters within the party. What he suggested is that things are being done arbitrarily, in violation of the UDP’s established procedures/laws, at the behest of the current UDP leader, Hon. Barrow. According to Faber, Barrow “does whatever he wants and the Chairman supports him in his nonsense.”

That approach, he said, is also being taken in other constituencies, where, he claimed, standard bearers are being chosen, after which “illegal conventions” are being held. In reference to the National Party Council, which will in a December 17 Zoom session be determining whether John Saldivar, recently designated as “significantly corrupt” by the US State Department, will be given the chance to be the UDP’s Belmopan standard bearer, he said, “the whole system of the NPC is flawed, because the constituency leaders handpicked who they want, who they can manipulate and in this case, the people who support Shyne. Like what happened in the Collet constituency. The convention is completely illegal, because the committee was already in place and they manipulated that, but when this NPC meeting comes up, the chairperson and the secretary and their standard bearer will vote on behalf of Collet, and that’s a completely illegal. That’s just to show you one constituency, but they’ve been holding constituency executive committee conventions simultaneous with the endorse conventions that they’ve had across the country, which is absolutely ridiculous.”

Faber further indicated that the purported attempts by the party to carry out “due process” are thus a farce, and that the hastily scheduled NPC meeting has to be held to preserve Barrow’s leadership. “This is why the NPC is going to happen virtually like how it is going to happen soon, because he has to now preserve himself as leader, because you can’t tick off the Caucus [UDP Caucus for Change], carcass – whatever they are called. You can’t tick them off, because if they get ticked off, if Saldivar is not their candidate and it looks like it comes at the hand of the leader, he’s going to go next, and so that’s what’s happening,” he said.

Faber went on to call his opponent, Ian Jones, a fraud and commented on what took place in the Collet constituency in the aftermath of the landfall of Hurricane Lisa in early November. “My opponent wasn’t on the ground, my opponent piggybacked, side in, however you want to put it. I watched as he did that. When the CEMO people came and invited me to go and tour the area with them, he saw me when I passed his mother’s home and came to the office and just walked along and then made a post saying, ‘Ah, I’m walking hand in hand with Patrick Faber’, but this guy is just a fraud. And then later on put on a post, linked it to our constituency post saying … anyways, he’s just a joke,” he said.

Leader of the Opposition, Hon. “Shyne” Barrow, for his part has concluded that Patrick Faber is effectively out of the race in the Collet division. He told local media that he considers Faber a distraction to the party.

“He’s out. I don’t know who tells you otherwise. He’s no longer the candidate for Collet, and so I have no concern nor consideration for anything that he has to say, and the reason he’s out as a candidate is for this type of behavior which is a distraction to what we have to do, which is, we are the oversight body of the government, and it is important that every opportunity we get, we focus on what may be going wrong with the government and what could be going better. These distractions are not conducive to being the constitutional government in waiting.” Barrow stated.

But Faber asserted that Barrow has not been an inclusive leader, and admitted that they do not even speak to each other.

“The leader is not very inclusive in trying to prepare for these House meetings. The leader doesn’t even speak to me, how do you want to lead a party and you don’t even speak? And every chance he gets on national TV he criticizes and condemns. You can’t lead me,” Faber said.