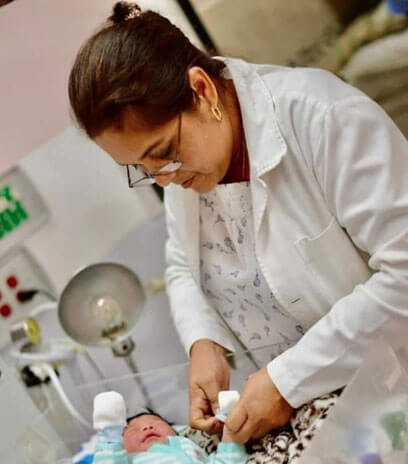 I met Alba Mendez in 1988, our first year in Facultad de Medicina, of USAC. She was a beautiful young woman with long, flowing, black “Pocahontas”-type hair whose entrance in the corridors or classroom was preceded many times by the clicking of the heels she so loved to use back then. Her cheerful and excited chatter during breaks was attractive, especially to me, who always sat in a corner, quiet, as I had not yet mastered Spanish.

Alba Argentina went on to become a gynecologist/obstetrician and came to Belize, where she married and by then had three lovely children. She worked in her field, but quickly recognized the need in Belize for oncology in gynecology and breast diseases.

She returned to Belize as an oncologist and quickly established her oncology clinic, where she attended to many women who had concerns or ailments related to cervical and breast cancer. She served as president of the Belize Cancer Society for some years and represented Belize in many international women’s health conferences on prevention and control of cancer. Her work in Belize was endless, and included her participation in innumerable workshops with technical staff throughout the country, during which she provided training in sample-taking and techniques for performing a PapSmear.

Her heart was always with the suffering mothers and young women in Belize who arrived from all over the country, requesting help in addressing gynecological problems and breast disease, many unable to repay her immediate assistance.

She fell ill two years ago and fought a battle no living being should have faced. Science and medicine still fall so terribly short of relieving our suffering during these types of illnesses.

But Alba Argentina was even more than an amazing physician. She epitomizes that extremely strong woman who has had to educate herself, raise her children alone and still carry on her much-needed profession with a smile and cheerful attitude. She was a role model for many of the young women who worked alongside us at BHPL, and I have listened in recent days to many of them recount the ways she influenced them.

This woman is not dead; she lives on in each of the persons who encountered her, and those she helped or influenced. She delivered countless numbers of our babies. Her hands touched so many human beings.

Her last professional assistance to me was her act of delivering and placing in my hands my beautiful baby granddaughter.

She has moved on into a bright, better unknown, but her story will truly live on in all our hearts.