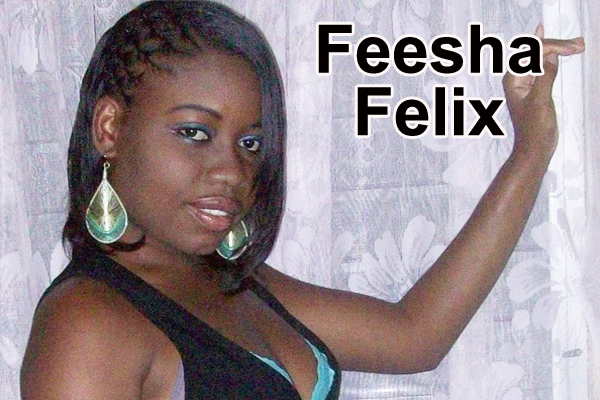 It seems that tragedy simply cannot leave the Felix family alone. The family lost two sons to gun violence, the mother then died from heart-related complications, and now, there is going to be a funeral for the family’s only daughter.

Feesha Felix, 22, of Gill Street, went to bed Friday night, January 5. She never woke up, however, because she was shot dead in her bed Saturday morning at about 2:30.

Police say that gunmen went into the family yard and opened fire at the house. Among the hail of bullets that hit the house and went through the wooden walls, one struck Felix in the head, killing her almost instantly.

During the gunfire, her brother, who was also in the house at the time, tried to make his sister take cover on the floor, but she was not responding. When the gunfire stopped, he found that she had been shot in the forehead. She was taken to the Karl Heusner Memorial Hospital (KHMH), where she was declared dead on arrival at about 3:50 a.m.

Police who responded to the scene said that (10) 9mm expended shells were recovered on the street in front of the house. Two slugs were retrieved from inside the house.

A neighbor said that he was awakened by the gunfire, and counted about 12 gunshots, and shortly after he heard a car speed away into Fabers Road, turning left into Central American Boulevard. The vehicle then sped towards the Deep Water Port.

He went to the Felix residence to see what had happened, and noted that the shooter appeared to be familiar with the yard, because the shots were fired into the house through a peep hole on the fence from outside of the gate.

Police said that Feesha Felix was an innocent victim, and had neither engaged in violence nor been involved in any gang activity, and they do not believe that she was the target of the attack. They believe that the attack was retaliation after an altercation that occurred earlier that night involving her brothers and other friends. Police have since detained one man who they believe can assist them in their investigations.

Feesha Felix was the only daughter of Therese Felix, the woman who single-handedly started the organization called Mothers Against Violence, a group that was formed to promote peace and harmony, and to try to stop young men from killing each other in Belize City’s Southside.

Therese Felix, however, died in late 2008, and to date, the peace she fought for has not been realized.

On May 15, 2006, her first son, Tyrone Felix, 24, Feesha’s brother, was on his way home from the City Centre after a Mother’s Day Bash when an unknown gunman ambushed him and shot him in the back of the head as he walked through a shortcut from Fabers Road into Gill Street.

Then in July of 2010, Ryan “Cash” Bennett, another of Felix’s five sons, was riding his bicycle not far from home, on Gill Street, going to Nurse Findley Crescent, when a gunman shot him in his chest and arm. Bennett survived, but two of his other brothers have also been shot.

Therese Felix had staged marches and protests and rallied against the senseless gun violence, but five years after her death, the violence has claimed the life of her only daughter.

About 12 1/2 hours after Feesha Felix’s shooting, a young man was shot to death, in retaliation for her death, street sources say.

According to police, at about 3:00 p.m. on Saturday, January 5, Marvin Foreman, 27, a Belizean laborer, was shot 13 times, mostly in the left rib cage and right hip. Their initial investigations revealed that Foreman was walking on Central American Boulevard toward Freedom Street, and when he reached in front of a Chinese shop at the junction of Freedom Street and the Boulevard, two men rode up on bicycles and one of them shot him.

Foreman was taken to the KHMH, where he was declared dead at about 4:10 that same Saturday evening. Police say that they recovered (13) 9mm expended shells and three slugs.

Police have since launched an investigation. They said that the murder was gang-related. No one has been arrested for the murder, or has anyone been detained. Foreman’s body is presently in the morgue at the KHMH, where it awaits a post-mortem.