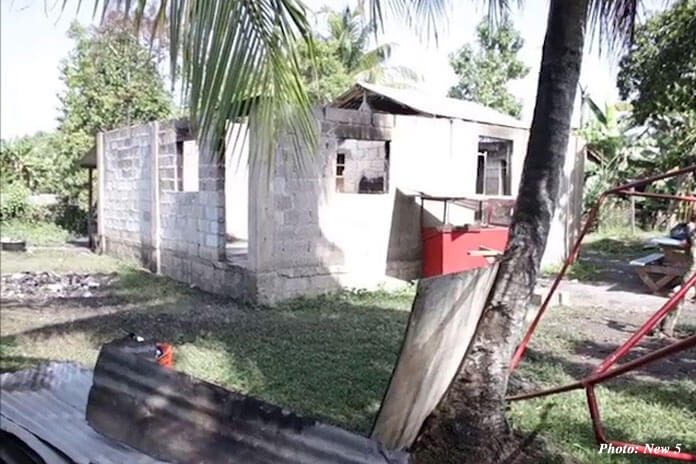 COTTON TREE, Cayo District, Tues. Jan. 7, 2020– A house in Cotton Tree was completely destroyed by fire, leaving 11 persons homeless. An investigation into the fire concluded that the cause of the fire was an extension cord that overheated and began to burn, and the fire spread quickly and engulfed the house.

In speaking to the media, Anthony Mortis, Station Supervisor at the National Fire Service, strongly discourages the public from using flimsy extension cords for appliances for extended periods. He advises members of the public to make the investment in proper electrical wiring and installations to protect their homes and investments.

The National Emergency Management Organization (NEMO) has been providing the victims of the fire with much needed items. They have been given food, clothes and mattresses, among other items.

The incident occurred at about 11:30 last Wednesday morning. The owner of the house, Sydney Samoza, told the media that he was at home and at about 11:30 he left to take food for his common-law wife, while his son was playing outside.

Shortly after, he was called and told that his house was burning. He rushed back and saw his house engulfed in flames.

The Belmopan Fire Service was alerted and Samoza and his neighbors tried to put out the fire, but the effort was in vain. When the fire trucks arrived, firefighters quickly put out the fire. No other structure in the area was damaged.