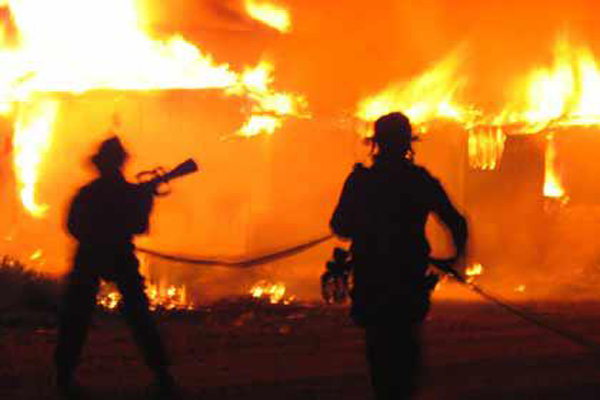 BELIZE CITY, Mon., Jan. 25, 2016–Seven persons are homeless after their home was destroyed by fire. Denise Lodge, a 33-year-old food vendor who lives in Scotland Half-Moon, Belize District, reported to police that at about 7:12 p.m. on Saturday, January 23, she was returning home after visiting her sister-in law when she found, to her shock, that her two-bedroom wooden bungalow home was on fire.

According to a police report, she had been gone from the home for a little less than half an hour, leaving no one at home, and further, she told police, her home does not have any electricity.

Lodge told Amandala that even though the fire department responded in a timely fashion, it was too late to save the house. Lodge added that she was not able to save anything from her home and estimates her losses at about $25,000.

Lodge said that she lived in the house for five years along with her common-law husband and her five children, and now, she will have to start over.

For now, Lodge and her family are taking refuge at the house of one of her brothers who lives in the village. Lodge is seeking the public’s assistance and can be reached at telephone number 630-2183.

According to police, they have one person in custody in connection with the suspicious fire.