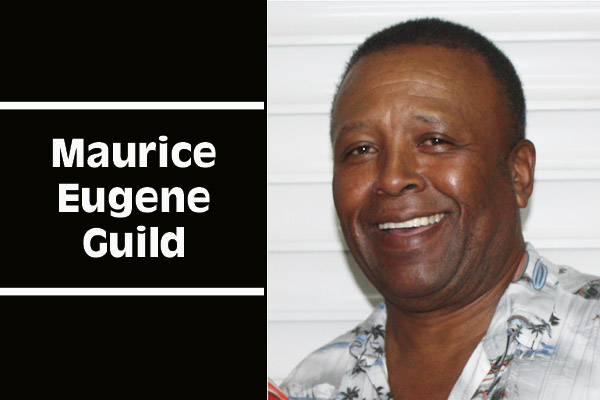 This week, older football fans were saddened when they received the news of the passing of one of Belize’s great football players, Maurice Eugene Guild, who earned the nickname “The Japanese Bomber” for his brilliance on the football field and his prolific goal scoring abilities. Guild died of a heart attack in New York at age 58 on Tuesday, July 1.

If Belize had a Football Hall of Fame, the legendary Gene Guild, as he was mostly known, would have been among its first inductees.

Guild was given the nickname “The Japanese Bomber” in his early years as young striker. This was a man whose sharp thinking and agility on the field, together with his powerful shots, made him the scourge of many goalkeepers.

Guild’s football abilities appear to have been genetic, both maternally and paternally. His father, Louis Guild, Sr., was an all-Belize star during the 1940s and 1950s. His mother was a sister of the Brannon brothers who led St. Mary’s School to football greatness in the 1950’s before they migrated to the United States.

In 1980, Guild migrated to New York, and according to his older brother, community activist Emerson Guild, he discovered, quite accidentally, his gift for music and singing.

Emerson said that the first recording that his brother sent to Belize was the track named “Get In Motion.”

Emerson recalled that Gene visited Belize just this past March and had been a guest on Tony Wright’s weekly show Belize Musicians Past and Present on KREM Radio.

Emerson said that Gene’s football career started at St Mary’s School. While growing up in the early Lake Independence, Gene played on a number of teams, Emerson recalled.

The golden years of Belizean football were during the late 1960s and early 1970s, when the great Berger 404 came out of Lake Independence, and young men like Guild, Cristobal Mayen, Ricky Gongora, Fabian Rivero and Jumping Jack Sutherland ruled the MCC Square Garden, as it was dubbed by Amandala back then.

Gene Guild leaves to mourn his passing seven brothers and two sisters; his wife, Geraldine Kingston-Guild; and their two children, Marlon and Andrew Guild; and a host of other relatives and friends.