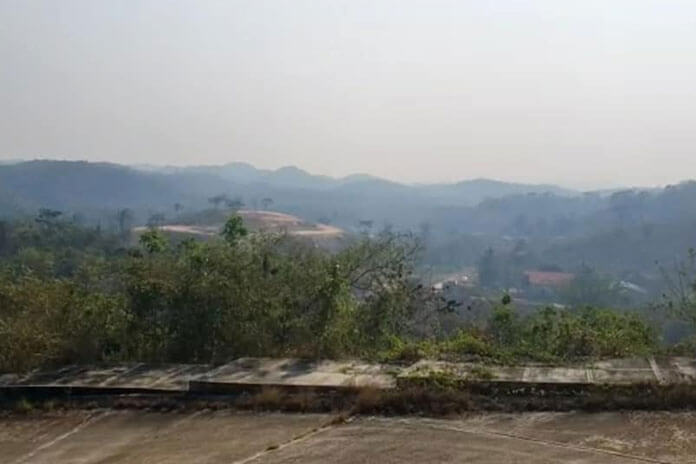 BELIZE CITY, Thurs. Apr. 29, 2020– Forest fires have been raging and burning up large tracts of lands in western and southern Belize for many days now. These forest fires, thousands of them, are burning in several Central American countries and in Southern Mexico. According to the Government of Belize, there are 237 forest fires burning in Belize.

In Belize, the central government, town councils and firefighting experts from different NGOs are all teaming up together to combat the estimated 230-odd forest fires.

One large fire that is raging in the Vaca Reserve in western Belize is posing an immediate threat to the residents of the twin towns of San Ignacio and Santa Elena.

Yesterday, Wednesday, 7News reported that over one hundred volunteers went to fight that fire. The volunteers were led by experts from the Ya’axche Conservation Trust.

After fighting several fires in the west, the group of experts, who spent their last day in Cayo, will head back to their home base in the south, where they will continue fighting the forest fires.

Christina Garcia, the Executive Director of Ya’axche Conservation Trust, stated “…it’s a lot of forest that have been lost, a lot of farmers have lost their crops. Right now we are in an area where we have a lot of the fires that are really running, and I think that the Benqueños are fearful that this fire might reach their town. So those are the fires we are tackling at the moment.”

On Sunday, the Belmopan City Council teamed up with the Forestry Department, the Department of the Environment and other agencies as well as volunteers from the business community, to tackle two wildfires north of Belmopan.

On Monday, the Ministry of Fisheries, Forestry, the Environment, Sustainable Development issued a public advisory on the wildfires in Belize.

The government press release, after addressing the wild fires in the west, went on to explain that the fires have intensified and government has crafted new legislation to address the matter.