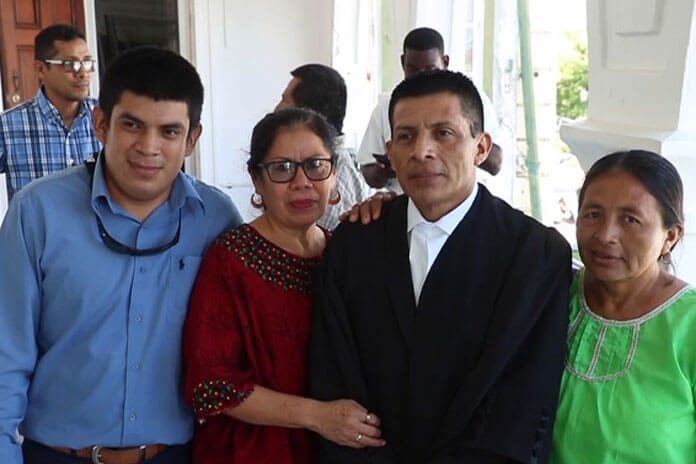 BELIZE CITY, Fri. Nov. 8, 2019– Gregory Ch’oc, the former executive director of the Sarstoon Temash Institute for Indigenous Management, who stood at the forefront in the fight for the protection of Maya land rights and brought to the forefront other issues affecting the Maya communities in Southern Belize, has returned home as a qualified attorney.

At a special sitting in the Supreme Court of Chief Justice Kenneth Benjamin this morning, Friday, an application hearing was convened for Ch’oc to be called to practice law at the Belize Bar. Ch’oc’s application for membership to the legal fraternity was moved by the former two-term Prime Minister and Fort George area representative, Hon. Said Musa, Senior Counsel.

Breaking Belize News quoted Ch’oc as saying,” Today is a testimony that I’m back, and more prepared and have a greater appreciation of the law, to help with the issues that I was involved with prior to my departure. Certainly, having a greater, deeper understanding of the law does give you a better appreciation of guiding the communities in all the efforts they may want to pursue.”

The ceremony was attended by leader of the Opposition People’s United Party, Hon. Johnny Briceño, who remarked afterwards that Ch’oc was a key ally when he, Briceño, was in government as Minister of Natural Resources.

“I expect the very same kind of advocacy that he had before he became a lawyer…,” Briceño said.

Ch’oc said he will return to his native Punta Gorda, where he will practice both criminal and civil law.

Feature photo: Greg Ch’oc and family after he was called to the Bar (Photo News 5)