Freddy Blanco, 22, gets 17 years for shooting death of girlfriend 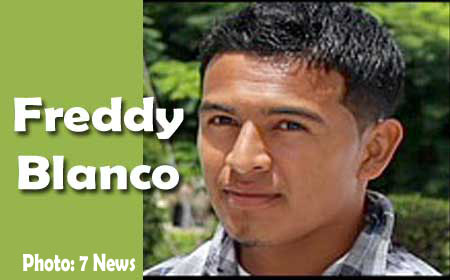 ORANGE WALK TOWN, Fri. June 23, 2017–After being on remand for 6 years for the shooting death of his girlfriend, Nelsi Chuc, 21, in August 2011, Freddy Amir Blanco, 22, was yesterday given a 17-year sentence by the Supreme Court judge, Justice Herbert Lord, at his trial during the Northern Session of the Supreme Court in Orange Walk Town yesterday.

However, the six years he spent on remand was deducted from the time he is to spend in prison, so he will only serve 11 years in jail.

Police said that in August 2011, Amir Blanco, then 16, was with his girlfriend, Chuc, and another woman, smoking cannabis in a cane-field in August Pine Ridge in Orange Walk when they became involved in an argument over who smoked the most marijuana. 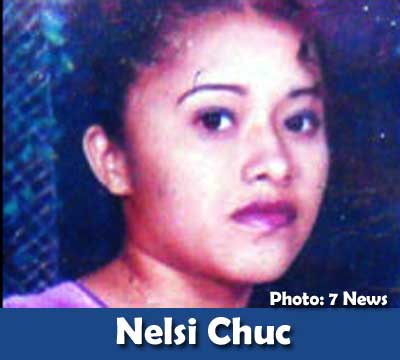 Blanco reportedly got angry and went home and returned with a shotgun and shot Chuc in the chest, killing her immediately. Blanco then turned himself in to police, and was charged for murder. In court he plead guilty to the capital offense and was remanded for trial in 2011.

When he was brought to the Supreme Court, Blanco pleaded guilty to the lesser charge of manslaughter, and a mitigation plea was made on his behalf by his attorney Oscar Selgado, who asked the court for leniency. He asked the court to impose a prison sentence of 14 to 18 years on Blanco and to consider that he had enrolled in a number of programs since he has been in prison. The prosecution was seeking jail time of 15 to 20 years, but Justice Lord sentenced Blanco to 17 years in prison.

Police said that in imposing the sentence, Justice Lord took into consideration that Chuc was the mother of a 7-year-old child, and the child is now without a mother.

He also considered that Blanco spent 6 years in jail on remand and that he pleaded guilty and did not waste the court’s time.

Selgado said that he would appeal the jail sentence.