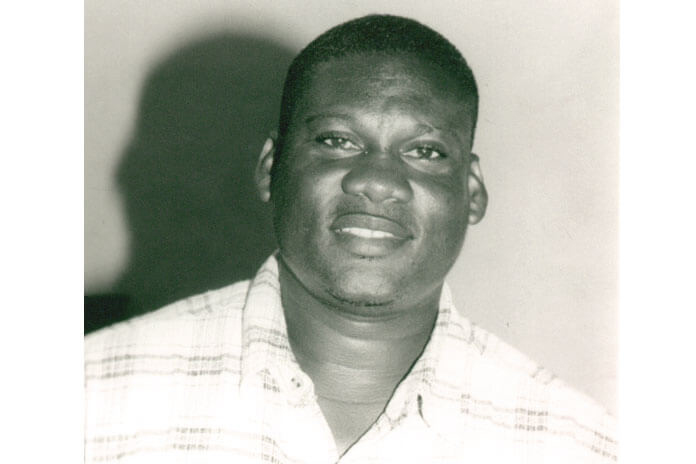 The evidence is strong, to the point of being overwhelming, that Hon. John Saldivar, over a period of more than a quarter century, used sports to establish and consolidate himself politically in the capital city of Belmopan, and its surrounds.

Our sources have told us that John Saldivar was a student at the Belize Technical College in Belize City during the middle 1980s, and that he had a decent enough basketball game. That is as much as I know of his personal sports life.

Insofar as his political career is concerned, I first began hearing of him when the United Democratic Party (UDP) returned to office under Dr. Manuel Esquivel after winning a surprise victory in the June 1993 general election. Saldivar, an Esquivel loyalist, became the boss at the Reconstruction and Development (ReconDev) headquarters in Belmopan, I am told, and began to become a kind of sports guru in the 1993-1998 Esquivel administration.

In 1994 and 1996, we at the Kremandala Raiders semi-pro basketball organization experienced two specific situations where we believed we were being treated unjustly by the Esquivel administration, and the face of that administration in these incidents was the face of John Saldivar, who had organized a semi-pro basketball team in Belmopan to compete in the Belize City league where the Raiders won four consecutive championships from 1993 to 1996.

For several weeks now, the name of the Hon. John Saldivar has been in the headline news because of his contesting for the leadership of the ruling UDP, and because there were certain revelations being made by and about unsavory characters operating in the United States jurisdiction and in Belize which appeared to tarnish and compromise Mr. Saldivar.

Personally, I did not have anything to say during those turbulent, controversial weeks when John Saldivar competed for UDP leadership, was duly chosen new UDP Leader in a leadership convention on February 9, 2020, and then had to resign from that position within 72 hours, besides being stripped of his very powerful Ministry of National Security portfolio.

My experiences with Mr. Saldivar in 1994 and 1996 suggested, indicated I guess, that he held Kremandala and myself in contempt, so that I suspected that his leadership of the UDP, which would have definitely involved his becoming Prime Minister for a period before the general election scheduled for this year, would have been a time of stress and duress for us. But, it was not as if the Rt. Hon. Dean Barrow Prime Ministership had not become a period of stress and duress after 2013 and the Penner/Citizen Kim passport scandal. There was no real significance my recounting of the 1994 and 1996 incidents would have had.

It is important, however, that the historical record be put out there in these matters, and nobody else in Belize will say anything about it. Either the rest of the media don’t know, or they believe that if it is happening to Kremandala, it is happening to nobody. Today, I will look at 1994, and mention 1996 briefly.

In sovereign nation-states all over planet earth, probably the most critical function of the local sports programs and competitions is to determine who will best represent that nation-state in regional and international competitions. Determination of the best national representatives as managers, coaches, trainers, athletes, and so on is based in success in the local competitions. There’s no other way to look at it: the winners deserve to represent the country.

By leading the Kremandala Raiders to basketball championships at the highest level in Belize in 1993 and 1994 as the Raiders’ head coach, Marshall Nunez had essentially proven himself the best at what he did. So that, when the Belize national basketball selection was being organized to represent The Jewel in the 1994 CARICOM basketball championships (to be held in The Bahamas, if I remember correctly), it was Marshall Nunez who should have been appointed the head coach of that selection. Instead, John Saldivar, who appeared to have been authorized by the Esquivel government, chose as head coach of the selection a coach who had been beaten by Marshall’s teams in consecutive years.

Such incidents have occurred repeatedly in Belizean sports over my lifetime; it was not as if John Saldivar did something which was so unexpected as to be stunning. This is a major problem we have in this country: politics always supersedes sports. In fact, of course, politics supersedes everything. In that 1994 case, however, it is sports about which we are having a discourse. And the Raiders had worked very, very hard to achieve the successes of 1993 and 1994. We were extremely disappointed when Marshall was disrespected.

I expect that I will discuss the 1996 incident at some time in the future. In that particular incident at an executive meeting of semi-pro basketball franchises at the old Ramada, I felt I was personally insulted by Mr. Saldivar. Strictly speaking, it was the Raiders’ organization which was being disrespected, but I was right there sitting in front of the man at the time. That is why I took it personal, as we would say.

The John Saldivar-orchestrated events of 1998 which involve Belize’s victory as the home team in the 1998 CARICOM basketball championships have never been examined, which is to say, there was never any audit of the hundreds of thousands (perhaps even millions) of dollars spent to achieve the home team’s triumph. The ruling UDP apparently felt that such a victory, after all the Esquivel administration had done to victimize the Raiders and undermine semi-pro basketball, was crucial if the UDP was going to have a chance in the 1998 general election later that year. So. John Saldivar was carrying out the wishes of the big boys where CARICOM basketball 1998 was concerned, and he did so successfully.

By the way, on the occasion of that 1998 CARICOM tournament, Mr. Saldivar and his UDP brought in a head coach for the Belize team from Chicago and paid him $50,000 for a couple weeks work. As they say in America, it’s nice work if you can get it.

My generation of Belizeans, those of us born after World War II, have been here before, and I am referring to the present threat...
Read more
Publisher

To a certain extent, the late Odinga Lumumba, Rufus X, and I “made” the new United Democratic Party (UDP) Leader, Manuel Esquivel, in the...
Read more
- Advertisment -