Future FC U-10 & U-13 football semifinal results; finals on Saturday 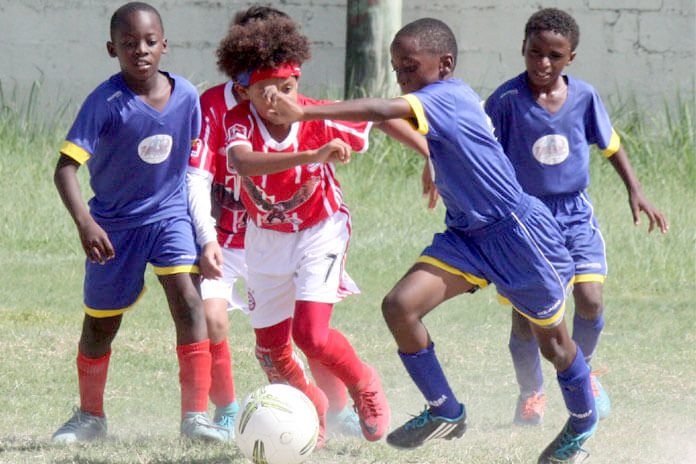 BELIZE CITY, Mon. Dec. 2, 2019–The Future Football Club U-10 & U-13 Little League Football Tournament came down to its semifinals on Saturday at the ITVET (Old Technical) Football Field, where, after 4 semifinal games had been played, the stage was set for the 3rd place and championship games in both categories this coming Saturday. Six (6) U-10 teams and seven (7) U-13 teams participated in the competition.

In game 1 (U-10), Tutbay Yabra FC crushed Caesar Ridge, 7-0, with 3 goals from Esmond “Bagga” Sanker, 1 each from Tyreque Frazier, Ali Thurton and Christon Linarez, along with an own goal by Caesar Ridge’s Deon Meighan.

Game 2 (U-10) saw Reality Youths come from being a goal down to clinch the 2-1 victory over Belize United. Barrack Morey gave Belize United the first half lead, but Reality Youths rebounded in second half with a goal each from Shakeem King and Gilygion Nunez.

In game 3 (U-13), Caesar Ridge clipped Survivors FC, 2-0, with a goal apiece from Tom Moguel and Shemar Thomas.