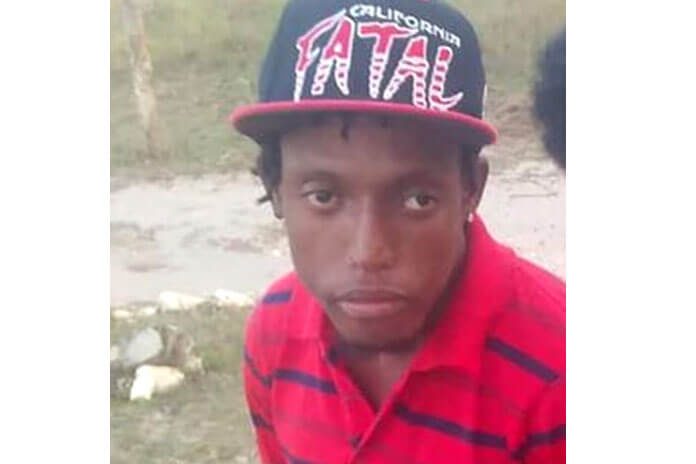 BISCAYNE, Belize District, Thurs. Dec. 5, 2019– Gerald Lamb, better known as “Boma”, 28, a handyman of Biscayne, is in a critical condition at the Karl Heusner Memorial Hospital after he was shot several times in the head and chest by an unknown gunman who fired at him from within a vehicle that was heading towards him from the opposite direction.

Lamb, who was the passenger on a motorcycle at about 9:30 last night between Mile 24 and 25 on the Philip Goldson Highway, fell onto the pavement after being shot and the vehicle sped away towards Belize City.

ASP Alejandro Cowo of the Police Department said that Lamb and another man were traveling towards Biscayne from Sandhill, when the gunman fired at them. Police who were in the area chased the vehicle, which was fleeing from the scene.

During the police press brief held today at the Raccoon Street Police Station, ASP Cowo said that Lamb is not known to police, and it is not known if he was the target of the shooters, because he was with another man on the motorcycle. The motive for the shooting is unknown.

In speaking to the media, Lamb’s mother said that the shooting was a case of mistaken identity, because Lamb is not a violent person and is not affiliated with any gang. He and a friend of his, who lives in the same yard in which Lamb resides, had gone to buy phone cards and the vehicle was parked on the side of the road, but they did not pay any attention to it.

When they returned, as they approached, the vehicle was driven towards them and that was when the gunman shot him. His mother said that the target of the shooting was not her son, but another man who has a hairstyle that is similar to her son’s, and who usually rides on a motorcycle.

She said that Lamb works to earn money, and he also has friends who send him money from the USA. He does not bother anyone and works for what he wants, said his mother.

Reliable information to us is that this morning, a driver who was traveling on the Boom/Hattieville Road towards the Philip Goldson Highway saw two men who looked suspicious. They were dirty, as if they had been lying down in mud.

They flagged down the driver, who stopped and picked them up and drove them directly to the Ladyville Police Station, where police held the two men. They have been detained and are being questioned with respect to Lamb’s shooting.

Lamb was removed from life support this morning, December 6.