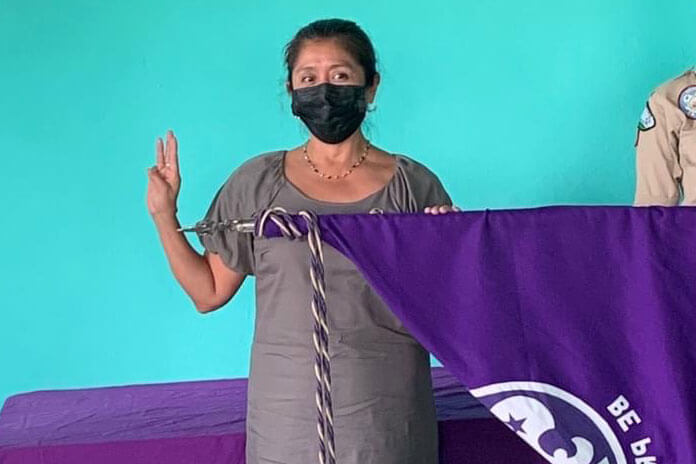 BELIZE CITY, Mon. Nov. 22, 2021 — On Monday, November 22, the Governor General of Belize, Her Excellency Froyla Tzalam, was officially sworn in as the new Scout Patron for the Scout Association of Belize at the association’s headquarters. Her first order of business was to appoint Dr. Dr. Erasmo Franklin as the interim Chief Scout. The Chief Scout position was notably held by Major Eric Neal, former aide-de-camp, who passed away in September after falling ill. The position has been vacant since that time.

In a prior release from the Scouts Association of Belize, the organization stated, “It is with sincere gratitude that the National Scout Assembly & General Members of the Association welcome and congratulate our New Patron, Her Excellency Froyla Tzalam — Governor-General of Belize!”