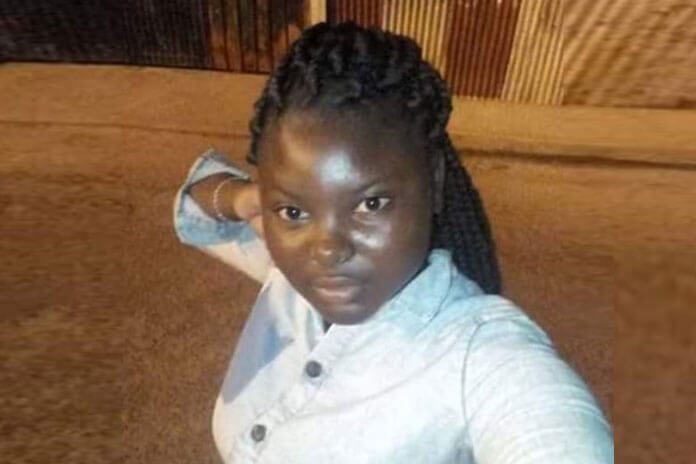 BELIZE CITY, Mon. Dec. 30, 2019– On the night of Sunday, November 24, 2019, violence came to the door of an Antelope Street family when a gunman walked up to their wooden house on Antelope Street Extension and fired a barrage of gunshots. The seemingly indiscriminate shooting resulted in injuries to three persons, who were rushed to the Karl Heusner Memorial Hospital Emergency Room.

The shooting victims were identified as a one-year-old toddler, who was inside the house at the time of the shooting; a 16-year-old minor, Chanteuse Martinez, and Chanteuse’s boyfriend, Marvin Martin, 23. Both Martin and the toddler were treated and released from the hospital. However, Martinez, who was shot multiple times, remained hospitalized until Saturday, December 28, when she was removed from the KHMH Intensive Care Unit and placed in the Female Medical Ward, where she succumbed to her injuries.

Following the shooting, Belize City police arrested and charged a 17-year-old minor with three counts of attempted murder, use of deadly means of harm and dangerous harm. He was arraigned in the Family Court and remanded to the Wagner’s Youth Facility at the Belize Central Prison.

Since Martinez died from her gunshot injuries, it is expected that the minor will be taken before a magistrate at the Family Court and charged with Martinez’s murder.

Cecil Martin, 62, the father of Marvin Martin, told Amandala today, Monday, December 30, “I don’t know if the man had any problem with the family, but he came from around the lane and just started shooting wild.”

Martinez added, “I don’t know why he came shooting, but it appeared that he came to kill the entire family.”

Martin said the shooting and subsequent death of Chanteuse Martinez left him “traumatized.”

“I feel it for her. She was innocent and got shot for no reason at all. She was not a street girl or anything like belonging to a gang. She was just a homely young lady,” Martin said.

Martin said that Martinez was the sister-in-law of the toddler who had been shot.

Martin said that according to a doctor who treated Martinez, the shot behind Martinez’s neck proved to be the fatal shot.

Martin lamented the black-on-black gun violence that has cost the lives of so many innocent people in Belize.